This is What Happens When You Pour Molten Copper On A Big Mac
Creative Customer Reviews: Girl Cooties! Eww! 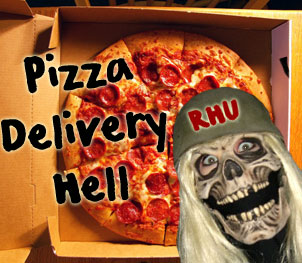 So I guess I should just stop ordering pizza?

This literally happened last night. I waited a bit before submitting to make sure I wasn't blowing the situation out of proportion due to hunger and hunger-induced impatience but....yeah, no, this was just creepy.

So I ordered a meal deal from our local Uncle's (name changed to protect the innocent) and that all goes well. I get my confirmation e-mail and a time, 30 - 40 minutes, and I'm set. Since this is a Friday night and it was supposed to rain, I fully expect to wait past my estimated time at least five to ten minutes. This store has great drivers, so this is kind of standard.

So I wait again. And some more.

Another twenty minutes pass (running tally 40 minutes past the outer wait time) before I finally hear a car pull up in our driveway. I go out the front door to check and it's not a car I recognize. I'm about to duck back inside to get my cellphone in case I need to make a call of some kind, but the driver happily yells out to me, "Oh you're ready for some pizza, aren't ya? You came out to meet me on the porch!"

Creepy. And why the hell don't you have a car topper?

The driver comes up to me on the porch and immediately starts trying to chit chat with me, which I wouldn't care but he's literally just standing there, not making any move to give me my food or even hand me the clipboard to sign for payment, just trying to talk me up. My dog starts barking at the door now and my stepmom tries to hush him, which is when the driver finally gets his act together and gives me the clipboard to sign. 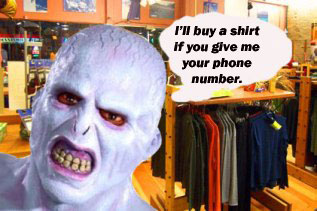 He makes a weird comment about making sure I fill it out, which he cuts himself off in the middle of saying and I really, really make sure it's the right receipt and that the total matches up. I fill it out fully, making extra sure I did so because this guy is just being creepy and I try to take my copy from beneath. He quickly stops me to let me know that that's not my copy, but another receipt from a different customer on the same street and that my copy is in with my food.

At that point, I can see it's another customer's so I just give him back the clipboard and he starts to make a comment about making sure I filled it out, but cuts himself off when he sees that I have and calls me, "Good girl."

To avoid getting into a lot of details, calling me 'Good girl' is the number one thing that tops lying to me or insinuating/stating that I'm lying. So not only is this guy acting creepy, he's got me pissed now too so now I really, *really* don't wanna talk to him. He then proceeds to carefully examine my receipt, repeating my total over and over to himself like a mantra several times, to the point where I'm uncomfortably wondering if he's trying to guilt me into taking it back to squeeze in a tip for him on it.

Just as I'm about to ask if we have a problem, he finally puts the damn clipboard away to give me my fucking food and somehow, he manages to get creepier.

Now, the deal I got consisted of a pizza, some drinks, and a dessert. I got it thinking, 'Cool, I can split that evenly for dinner tonight and either lunch or dinner tomorrow' but clearly it's more meant for a couple to share. 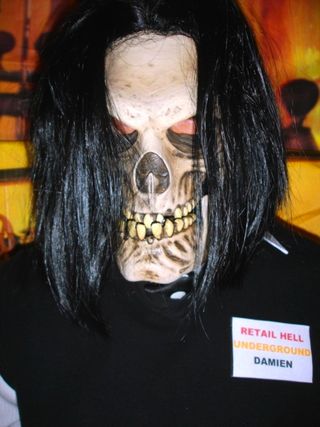 The driver gives me my drinks with no problem, but when he opens the heater bag to give me the rest, he's content to stand there with the dessert box in hand, telling me all about how he's such a sugar fiend and he just loves this dessert and how it's his absolute favorite! I have to take the box from him and make as if to reach into the heater bag to get him to stop and hand me my damn pizza, which he finally does hand to me only to keep talking to me in an overly friendly tone. Almost like he's waiting for me to invite him in to eat with me or something.

I'm seriously creeped out, still mad, and this is just unreal to me. I mean, the store is clearly busy, the guy I talked to on the phone even mentioned that they were busier than normal for a Friday night, and here was this driver content to just stand there and shoot the shit like nothing was wrong. So I give him the cash tip in exchange for my pizza and quickly begin to retreat into the house, which prompts my dog to start barking again, which seems to be what finally gets this guy to leave.

Inside the house, my stepmom's staring at me with a clear 'WTF' look on her face and asked me if I was okay while telling me that she was about to head out there to see what was taking so long. I made sure to lock the door behind me as I just shook my head.

Now this was an older guy, way older than someone you'd expect typically to deliver pizzas, and he did have the uniform on, so part of me wonders if this wasn't like the store manager that went out to deliver a few pizzas near to the store to free up his drivers for deliveries further away but .....seriously, it was creepy. I know it's not coming across as such here in the post, but this guy was honestly creepy.

Dqfuq are you filling out on a receipt? Assuming it's the relative-named store, when I order from there it's 'sign here'.

If he was a manager or something, he sounds high as hell...

It's a basic receipt for the most part.

It's got the total, then a tip line, then a full amount line for total+tip, and finally a sign here. From what I understand, a lot of people forget to fill/cross out the tip line and the full amount line, so some drivers take advantage of that. My cousin got hit by one that did exactly that actually.

I dunno I just made damn sure I had it filled out before giving the clipboard back to him.

Ah, so. From the way it sounded it seemed more like McCreeperson had given you a survey..."What time do you go to bed? How many people are in your house? Where is the closest window to your bed that doesn't lock?"

You should've firmly told him to give you the food and get lost. Call the store and report him.

Sounds like he was pushing for a larger tip. Someone told him being friendly earns bigger tips, so this guy decided to try it, but was really bad at it. The make sure it's all filled out was trying to guilt or pressure you into leaving the larger tip and not just completely stiffing him, which prob happens more often than it should. It might of been someone who has a day job that doesn't deal with customer service, and is taking on a second job where he really has no clue what is going on.