The Pizza Squirrel of Chicago 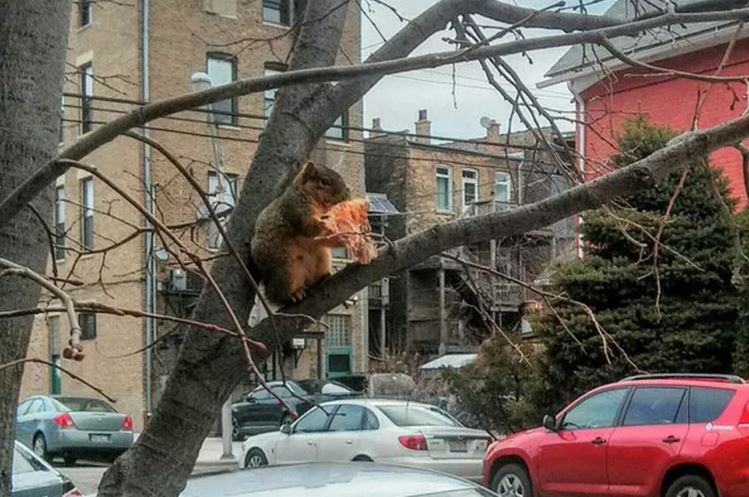 All of Earth's creatures love pizza!

orget that superhero movie opening this weekend, Chicago has a new guardian patrolling Ukrainian Village: Pizza Squirrel. The furry critter's origins are unknown, but social media's been lighting up ever since a photo began circulating Friday morning. The snaps show the squirrel perched in a tree and enjoying a thin-crust slice of pepperoni and sausage.

Former Chicagoist food writer Melissa McEwen posted a rare photograph of the squirrel, allegedly seen on Bishop Street in between Superior Street and Chicago Avenue, according to DNAinfo. 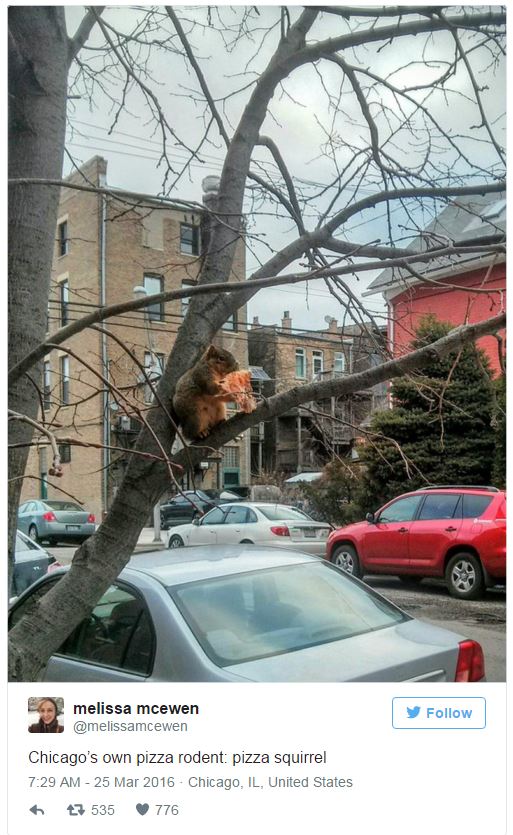 Sadly, no video exists. Earlier this month in Atlanta, photographers posted photos of that city's own Pizza Squirrel, but any affiliation between Chicago's is just speculation. Plenty of mystery surrounds how Pizza Squirrel acquired the pizza, and if it's a true Chicagoan, why isn't it eating a deep-dish slice? It's also unclear if Pizza Squirrel is a friend or foe of New York's famed Pizza Rat. "Batman V. Superman: Dawn of Justice" director Zach Snyder couldn't be reached if he planned pitting the two pizza-loving animals against each other for his next feature.

That is a GREAT picture! Thanks for sharing.