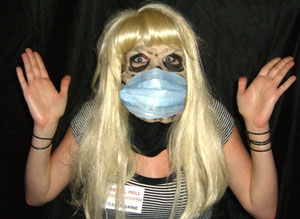 I was fired from a job at a restaurant for coming down from strep throat and leaving.

I had a bit of a sore throat on my way to work, and as my shift went on it got progressively worse until I couldn't take it anymore. I went into the bathroom and saw the white spots on my tonsils, so I told my manager I had strep, showed her the white spots, and said I needed to go home.

She told me we were too busy, and if I wanted to leave, I had to find someone to come in and cover the rest of my shift. It was a Friday night and the wait staff was almost entirely college age, so there was no way that was going to happen, but I tried anyway to no avail.

Of course she told me to just tough it out.

I felt like I was about to pass out, so I just left. I came back two days later with a doctors note that said I indeed had strep throat, but they told.me I was fired. I guess I technically was fired for walking out on a shift, but I still maintain making someone with strep throat serve people food is ten times more fucked up.

I'm pretty sure if you serve food and you have something contagious like that, you're not supposed to be anywhere near food.

I had strep for a week or so as a teenager and it was miserable! I had insomnia for about 2 weeks due to the strep. I wouldn't want to be served by a waitress or waiter with strep and it would be all the boss's fault if the customers caught this from an infected worker!

Where is the health inspector when you need them?

Sounds like a call to the health inspector and labor board is in order.