Bitchy Custys: She's Lying, Despite Video Evidence To The Contrary! 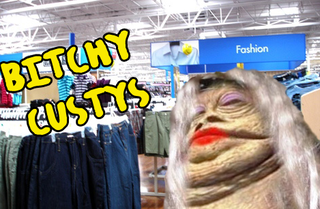 I worked as a cashier at a factory store where we would sell refurbished electronics and what not. One morning, a lady comes in and ends up buying four cheap flip phones. Day goes on as normal.

In the afternoon, I hear my manager talking on the phone and although he wasn't yelling, I could tell he was somewhat arguing with the person on the other line.

It turns out to be the woman from that morning who bought the four cell phones, and was accusing me of stealing one. Apparently she got home, and according to her no one was in the house; goes to get the phones and one is missing. That is why she called and she had told my manager that she was coming back with her husband later to "get back the phone."

After my manager talked with her on the phone, he went to look at the security tape, which he jokingly said that it showed me taking the cellphone. I started freaking out because I DIDN'T STEAL THE DAMN PHONE. He starts laughing and says that tape fully shows me placing ALL phones back into the woman's bags and her leaving the store.

Fast-forward to a few hours later, the woman comes by the store with her husband. She starts yelling at me to get my manager and still accusing me because she has "been the manager at a big retail store and knows from experience that the cashiers steal things". 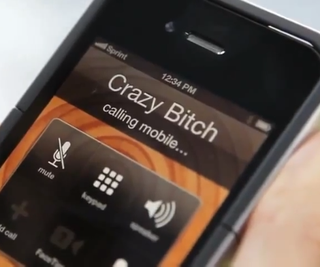 I am also Latina. So was she. Latin women, from my experience, seem to be racist towards their own race. Anyways, I felt insulted.

She started arguing with my manager at the entrance of the store, her husband not saying a word, until my manager asks, "If I show you the video, will you please leave?" which the husband replies with "Yes, show us the video and we will go."

So they go back to the office, my manager shows them the video of me CLEARLY not taking the phone.

She starts yelling from the office, and the whole store can hear her (making such a fool out of herself). Then the two managers that were with the lady and her husband in the back come to my cash, and check the drawers and every corner of where I am.

She starts crying stating, "I know she stole it, I'm not crazy."

They both end up leaving, with the phone still lost. Fast-forward a couple days later, her husband shows up at the store and talks with my manager.

My manager comes up to me and says "Remember that lady the other day? That was her husband. She wanted to send a million apologies."

It turns out that their son's girlfriend had stolen the cellphone, along with other things from their home; mostly the woman's belongings. The woman NEVER showed her face in that store again.