You Had One Job Whole Foods
Work Here And You'll Get Hospitalized! Wait... 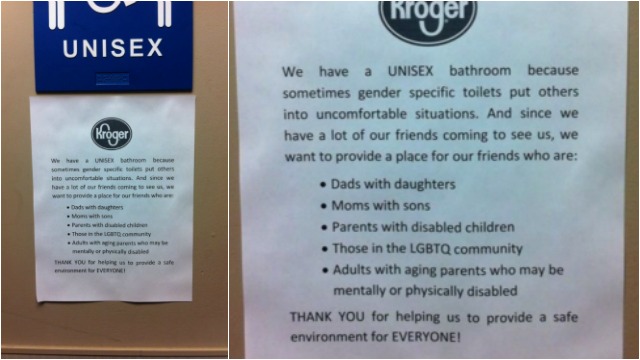 Some businesses know how to treat their customers.

North Carolina's ban on anti-discrimination laws that allowed transgender people to use the restroom aligned with their gender identity has been widely criticized. And it seems like businesses are taking a stand in their own way.

A Kroger in Athens, Georgia posted a sign on the door for its unisex bathroom stating its policy on inclusivity for its customers. 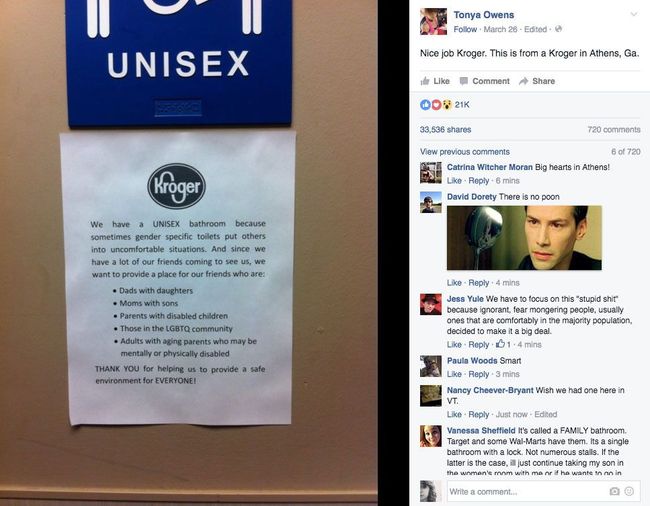 "We have a UNISEX bathroom because sometimes gender specific toilets put others into uncomfortable situations," it says on the sign.

Not only does Kroger's sign offer a bathroom for its LGBTQ customers, it also says its policy is to cater to mothers with sons, fathers with daughters and the mentally or physically disabled.

The sign was shared on Facebook, and has been getting a lot of praise from people online 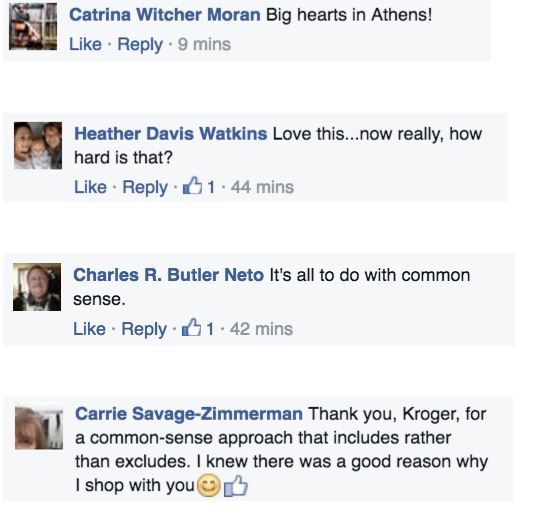