One Protest North Carolina May Never Recover From 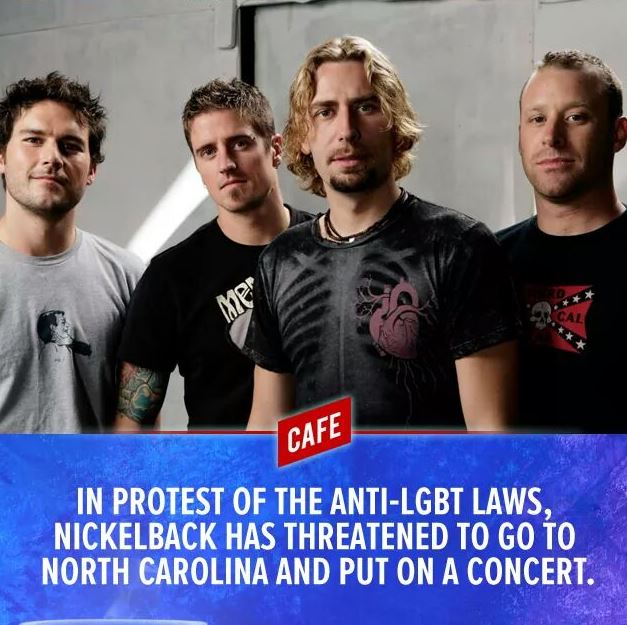 This is a good band, what's your point?

@Iridescent I agree. I recall back in high school or so, seeing a bunch of hate and mockery of the band pop up on the internet. Where it stemmed from, I don't know, but it just seemed like something people jumped on the bandwagon to do, without really knowing why.
Honestly it's such an old thing, I don't know why it would pop up again

Heh. Nickleback is the ultimate guilty pleasure band. They are publicly trashed and privately treasured. You can't explain their album sales otherwise.

I don't mind Nickelback, honestly, and I've never had anyone get on my case for it.

I pretty much hate Nicleback, but mostly because 1) all their songs sound the same (to me), 2) their lyrics combined with Chad's scratchy voice feels too angsty and 3) when they were popular, way too overplayed. To be honest, I think #3 is the biggest problem.

But I wouldn't go around telling people that the music they like sucks, at least not to their faces.

And yea, I think Nickleback hate jumped the shark a while ago.