TechTyger had a website (known as The Doofus of the Unspecified Time Period) where he posted stories from Call Center Hell. At our encouragement, he's submitting his stories for RHU's enjoyment! No worries, we'll keep posting them, even after the month for Call Center Hell ends. :) 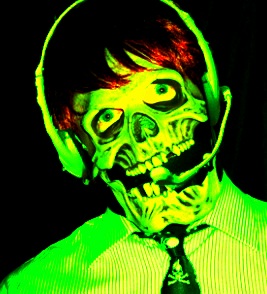 This lUser is a rep for another pharmaceutical company. Not the same as the last one.

He is trying to send a file to his manager through Outlook 2000. A simple operation. Open the message, address it, hit the paperclip and attach the message, hit send and it's all over. Total time, five minutes, maybe.

45 minutes later, I managed to focus his little mind long enough to get it done. The length of time was caused by a number of things, not least of which the fact that all the windows confused him and every couple of minutes he'd panic and close everything, and I'd have to start all over.

I would have him attach the file, he isn't sure which file is the one he wants so he attaches one randomly, opens it from the message to see if it's the one; minimizes Excel, which the file opened in, then tries to send it and gets 'illegal operation'.

Unfortunately, he wasn't telling me that he was minimizing Excel, he said he was closing Excel. When you have a file open, you can't send it, as it's locked by the first program to use it. After going through this eight times, including explaining that yes, if you want to send email, you have to have the email program open and please don't close it again, plus rebooting the computer and doing housekeeping, he finally mentions that a button on the toolbar says 'Excel' and the filename, and is that important?

I didn't yell at him, I didn't even raise my voice. Finally, he managed to send his pointless little file and I got him off the phone. I put my face in my hands and tried to get my breathing under control, finally had to go outside and look at the stars for a while.

Update: It turns out that this dipshit is a serial offender. I got another call that was pretty much exactly the same as the one above, and mentioned [bitched about] it and one of the other techs asked what his name was.

I told them, and another one said, "That idiot?"

We did a search through our records. He called in 53 times since January 1st, and fourteen of the calls were the same thing! 'User needs to attach excel file to message'. Gha! Its Outlook is mildly pooched anyway, as it's missing a toolbar and the usual way won't put it back, so next time we're sending it in for a HD reload.

Update to the Update: It turns out that this dipshit is a major offender; He's been calling in using a variant of his name [Jim instead of James, same phone #] and he's called in -=95=- times! The next nearest, one of our most feared repeat callers, has only called in 30 times in that same time period!

It was five minutes till I went home, so I didn't want to fool with him or his stupidity, so I didn't send him in for a reload this time, but I'll get him next time. And his little Excel file too!

Update to the updated update: Busted! Hah! The account coordinator noticed on his own [I didn't say anything to him...] that this idiot has called in so many times and is going to contact the company about it. He's called in even more than the above, because not everybody spells his name the same.

At 35$ a shot, this monkey has cost his company almost four thousand dollars, all by his little loser lonesome. Hopefully they'll charge him for them...[happy dance]