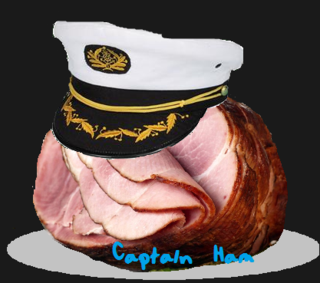 I don't know what aligned ever so perfectly to lead to my shopping trip this afternoon but I would like to shake hands with the puppeteer of good circumstances.

Bit of backstory before I start this tale of what feels like ridiculous good fortune: I go to conventions and have been tearing my hair out trying to find one last item that will pull everything together. It's commonly sold in fall and had I known my friend group was going to do this costume set in fall I would have gotten it then. Unfortunately I did not know until maybe a month and a half ago. I also have really bad anxiety at times and today has been a rough day for that and the angry rude self depreciating thoughts that come with it.

So, despite feeling like shit and having a bit of a breakdown during a drive and coming home to shake for a while, I went out to the favoured zombie apocalypse setting- the town mall. I really need this item for this costume, Mother's Day is coming up, and I had a few other errands I've been putting off and just hit the point of "augh screw it let's just get it over with".

Before I left I thought I should call around to see if any stores besides the Big Blue Old Lady Store have what I want to get for my mom, because BBOLS has crap fabric designs for plus size. I called them first on the off chance I might learn something new. That was a headache and a half with an inaudible loud or infuriatingly quiet automated system that just drones on for ages designed to eat up your minutes. Eventually got to a human- though she seemed as done with everything as I was and kept trying to explain things I wasn't asking- I know I said heaven and this is hell so far. 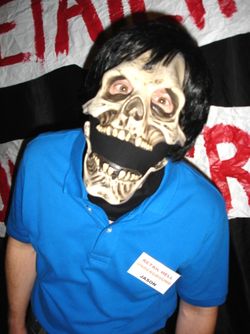 I give up and call another "Airy", more hip store to ask them. Crystal clear automated menu, beyond helpful associate who informed me of their sales relevant to my situation and nothing more, and upon realizing their store had nothing that would fit the need she gave me a TON of helpful advice and different places to try and told me about a new unaffiliated store that I didn't know had opened.

I called around to her suggestions and met most of the same answers, the associate at "La Lady" store (looking for a gift card for a hard working mom with no budget for herself and very few of those things) was very helpful as well and super apologetic they didn't have anything either. She was very sympathetic after she asked what I was looking for as I gave my best mess of an explanation. It was basically: "Uh. Bras. But for a size X. Um thats the shirt size. I don't know more than that. I was just getting a gift card but want to make sure she can find something here"

Phone tag wears out and I figure I should get walking before I fully crashed for the day. I ended up going to BBOLS because it was the only place I could get to reasonably.

They had gift cards available and brands available that would work for my mom after a very awkward quick sweep. And- wouldn't you know it- in a nearby section they had exactly one of the things I needed for this costume! But oh no- it's a few inches too short. The color, the fabric type- everything but the length was perfect. 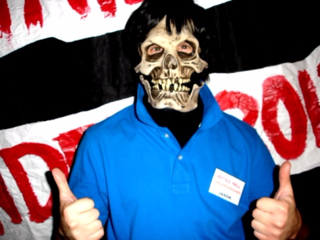 A very nice BBOLS associate was helping me out as well looking for it, and she deserves to be blessed by any gods she believes in or to be showered in puppies and kitties- she saw how excited I got and then how defeated I was as I tried to puzzle out 'well if I cut this thing I have at home I can maybe get it long enough, or I could stretch it, or-' she said if I thought I could make it work she could give it to me for 30% off- and my broken heart nearly 'sploded out of thankfulness. I almost teared up. She explained since it was the last of that stock and since I was so desperate for something like it with such a short timeframe considering the modification and detailing work (very intricate designing to add to it by hand still) that it was no problem for her to do that for me.

My day did a complete 180, it was just so much kindness after kindness and help after help. Meanwhile I'm standing there holding in all this dread and terrible feelings and trying to keep smiling and be kind myself- it was literally a 2 hour trip to heaven I think.

On the way out as well I found a store my grandmother loved was having a sale and popped in to pick her up a little something- and again the associate just going above and beyond for me. She asked if it was for mother's day and showed me all the nostalgic and throw-back scented items since I mentioned my grandmother loved their products. She helped me find a really good one and then showed me a similar one (actually an even softer scent and more enjoyable) that was on sale as well.

She even made sure to wrap it in a cute little bit of paper and to carefully attach the gift receipt, just in case. And I know stores like that do that sort of thing but it was just really really sweet to me. She was very careful and made sure it was wrapped with enough to keep it safe and a surprise instead of the 'one sheet crumple and go' kind of thing.

Little (or.... rather long ooops) slice of retail heaven for a change. Even though worker and coworkers can be asshats and a pain, there's good people out there too being diamonds in the rough shining bright to help ya out.

Now I'm off to send some feedback about some really great employees who need a bit of recognition.