The Best Way To Handle a Summer Traffic Jam - If You Happen To Have a Drum Set in the Back
Sale Fails: Yes, That's Typically How It Works... 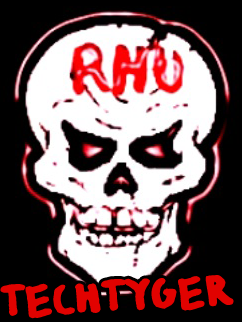 This one reads everything on the screen, whether or not you actually need it, and in the face of pleading to stop. Usually speaks at about 300 baud, and if you do manage to interrupt, and ask for just what the error message says, you usually get a testy "I'm trying to tell you!". Then it loses its place and starts over back at the beginning. By the end of the call, you're nearly crying with frustration, waiting for the droning voice to give you the one tiny piece of information you actually needed.

This one thinks it knows something about computers. It attempts to impress the support tech by using buzzwords, and sometimes even actual computer terms. Of course, it always uses them incorrectly. I had one monkey start a call with "I'm an MCSE", then he paused as if waiting for me to fall down in a faint.

Yeah, right. I obviously know more than he does, because he called me. And why did he call? He couldn't figure out how to create a shortcut on his desktop. And he's an MCSE. Do not try and impress us like this, we will laugh you out of the room and heckle you to death. Certifications don't impress me. I don't have any, but I know more than MCSE's and A+'s.

This one thinks that it is the most important person in the world and that everything and everyone is subordinate to it. As an example of this one, I once had someone call in, having lost an Excel sheet. They opened the sheet, saved it and gave it a name, worked on it for several hours, then closed Excel and answered 'no' to 'do you want to save your changes'.

The program performed its function and her work disappeared. She opens the file, and it is, for some strange reason, blank, and I WILL retrieve it for her, because she is $IMPORTANT_PERSON.

I explain that she has hosed herself and it is lost. 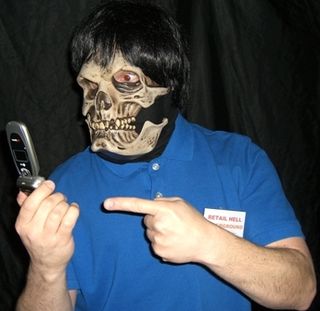 The Important: "No, that's not acceptable. There is a way to retrieve this file, and you will do it. NOW."

She starts screeching, and [after other imprecations] says, 'I'll have your job!'

This one repeats everything you say. Every direction, it asks if it's supposed to do that, then fucks it up anyway.

Techtyger: "Ok, click on start, then find, then 'files and folders'."

The Parrot: 'Ok, I've clicked on start. Now what?'

Techtyger: "Now click on find, then 'files or folders'."

The Parrot: 'Ok, I've clicked on Programs. I see a bunch of files and folders. Should I click on them?'

This one doesn't wait for the instructions, it just goes ahead and does what it thinks you wanted it to do. Tell it 'click on the icon', and wait for confirmation, and you hear 'click... clickclick... typetypetype... click... type...'

"What are you doing?"

This one already did that. It doesn't matter what you say, it always says 'I already did that'. If you repeat yourself patiently and repeatedly, eventually it will do what you tell it to, singing its song the whole way. Once you manage to get it to do the correct procedure, it will be utterly astonished that doing it correctly worked.

Surprise. If you LISTEN to the tech, the problem goes away. Imagine that. 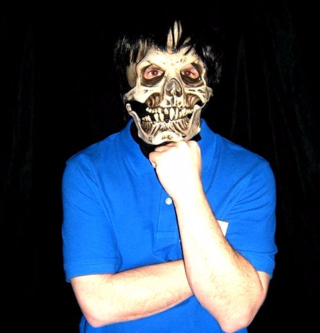 This one is lonely and the tech is its only contact with humanity. It wants to talk about sports or weather or how bad the programs are, it wants you to hold its hand while it does the most mundane tasks. One can often hear an annoyed 'User needs friend!' after a call...

This one thinks that the name of the operating system is 'Window', and every time you tell it to open another window, it's got to close the first one, despite having been explicitly told 'leave that window open and...'.

This one complains because it's got all [three of] those passwords to remember, and isn't there some way to make it easier? It's so HARD to have to open the file when all it wants to do is read it...WHY is my computer so SLOW? The bastard child of Jerry Lewis and Urkel.

Whatever random dumb things they've been doing to the computer, now it's not working.

No, it didn't. You can't plug a printer cable into the computer, print, unplug the printer cable, carry it across the room [making sure to hold the ends up, so the data doesn't spill out], plug it into the printer and have it print. And it didn't work like that yesterday.

Yes, I know that. The person you talked to not five seconds ago took that information and it's in the record that I have here in front of me. 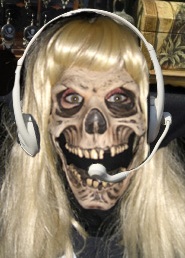 "And I'm working in one of our custom programs, called..."

Yes, I know that as well. It's all right here.

"Are you familiar with that?"

No, I'm a janitor and happened to be wandering past when the phone rang. Why would a support tech answer the tech support line?

This one is a combination of a couple of different types, but the overwhelming characteristic is that it exaggerates all out of proportion.

"Every time I call it takes four or five calls to get the problem fixed!"

[Checking its history of the last nine months, one single call has taken one callback to fix.]

"Last time this happened, you fixed it while I was on the phone!"

[No, we didn't. If Windows says it's missing a DLL file, either it's corrupted, or, more likely, YOU deleted it; in either case it can't be fixed over the phone, and nobody did it for you before, either.]

This one is actually funny. Mom's kid uses the computer sometimes when she's not home.

"I have all these files named things like 'horseluv.mpg' on my desktop. How do I get rid of them?"

"Ok, I can help you delete them, but don't doublecl--" 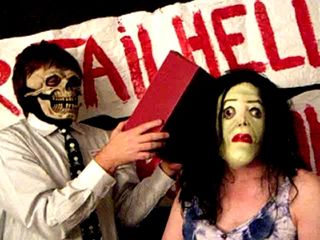 It's eating while it calls, usually something sticky or crunchy, with lots of smacking; or it has one of its maggots on its lap, indulgently letting it howl in my ears; or its yap-dog has seen a speck of dust land and is stridently announcing the fact; or the TV/radio is on at the top of its electronic lungs, or something similar, or any combination of the above.

I tend to get 'accidentally' disconnected from these people, or talk really softly so they can't hear me, suggesting they turn down the TV / muzzle the dog / strangle the brat / put down the Ho-Ho when they ask why.

This one has either a cheap cellphone, or a bad speakerphone that sounds like they're shouting into a tin bucket at the bottom of an echo canyon far away.

"You broke up again. Can you pick up the phone?"

"What, are you fucking deaf!?" 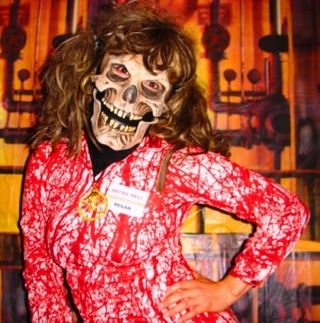 I generally start flipping my mute switch on and off randomly while I'm talking so he hears me breaking up and eventually picks up the handset like I asked, or hangs up and is off my phone, which is, after all, the point.

Either the caller is not the one who actually owns the computer, or they do, but they can't afford a phone cord long enough to reach to where the computer is. So instead, we get to play 'Telegraph'. Say something to this person, they pass it to that person, garbling it completely in transition, then back again with the results.

I once told one "Click on Start" and heard...

Then from the one at the computer, "Flicker dart? What the hell does that mean?"

Despite being told precisely where the feature you're trying to get them to activate is, they can't find it and they argue with you over whether it's actually there or not.

"I do not have a start button on my computer except for the one on the bottom left corner..."

[Waits for light to dawn...

Can't remember anything for 30 seconds together. When given the problem number and explicitly told to write it down, it forgets in 10 seconds or less. After being told your name four freakin' times in a row it can't remember it for the duration of a two minute call.

On the other hand, this isn't necessarily bad...

'Back to a saner state' was the 'go back to the main page' (originally mistyped 'pain page'. :P ) link.

You forgot the paranoid mother. "I keep getting all these emails from myself for these adult sites! Stop sending them!" No matter how many times you tell her the company did not send them, it's spam/scam/phishing.

Just so everyone knows, I was lazy and basically slopped a text copy of the entire page into an email and sent it, to let Ilia and Freddy do all the hard work. Any phuqups in grammar or spelling are mine, not theirs, and if you see something mentioning a phone handset cord, or something like the now removed 'back to a saner state', they're leftover artifacts of the page, not anything they screwed up. :)