Toxic Coworkers: Several In One Boad 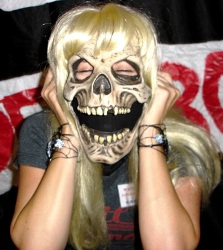 I work in a male dominated workplace. Out of 70 employees, I am one of the five females. The drama here (between the men) is ridiculous. Just a few examples:

One Captain we had was too smart for the job. Excellent boat handler but he would get bored and start picking on someone on his crew. He would become ruthless and either pick apart the employee's work and find a way to get them fired. Months and months of harassment and finally the person would either quit or snap and do something to get fired.

Another one is one of those people who loves to ague. One of his crewmembers mentioned that it was snowing.

This guy started arguing, saying, "No it isn't. It's raining."

The crewmember held out their hand, held some snowflakes and showed it to the ass. They still argued it wasn't snowing.

The habitual liar. Every word was a lie. Did you take out the trash? "Yep, there wasn't much, but I got it." Every trash barrel is 3/4 full. Stupid stuff like that. Then he lied about his workman's comp injury and finally got fired.

One of the few females can't stand me, which I don't mind. She is lazy and thinks she is a supervisor because she has been here longer than other people, but she won't get any certification to officially make her a pseudo-supervisor. I call her out on her idiocy and delegation of responsibilities (everyone else works except her because she delegated the work to everyone else) on occasion. She goes crying to the boss sometimes, but they don't care because they know she is full of shit and are waiting for her to fuck up bad enough to fire. (Unless you cause a major accident or forge paperwork, it is near impossible to fire someone here.)

The people who complain about money but refuse to work overtime. Our work place begs people to work OT. We don't run without warm bodies on the boat. I over hear people say things like, "I don't have enough gas money to make it through the week and I ran out of heating oil and my bank account is at $-250." Work some fucking OT. They always say no to it.

I'm sitting in the parking lot dreading to go in because I have to deal with more other work drama today. "You hurt my feelings because you didn't help me do my job while you were doing your job" crap.

"'You hurt my feelings because you didn't help me do my job while you were doing your job'"
Me: "Aw, I'm sorry you feel that way, but since I'm not getting paid to do your job, and you're sure as hell not giving me your paycheck for doing your job, I guess I'll just play the world's smallest violin while I do my job." X)