Punctuation Is Important: Is It Made From Real Boys?
Wendy's Custy Asks For Their Small Frosty in a Medium Cup and This Is What They Got... 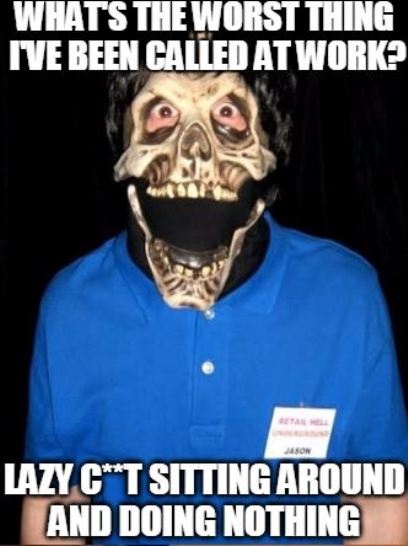 I had a coworker try to get me fired when I worked at a college library. She had brought five friends in after closing and had them do her job for her. She had gotten pissed off when I told her friends to leave.

So she reported me for "sitting around doing nothing because she [me] was a lazy c**t."

So I told the supervisor about her friends.

Guess who got fired?

Guess who got to keep their job?

Bad idea: Inviting your friends over to do your work.

Even worse idea: Reporting your senior co-worker for being a 'lazy c**t' when you're the one who's at fault.