Unforgettable Business Names: The Mystery of the "Beyond" Has been Solved
Crazy People Encounters: Death Threats At The Bank 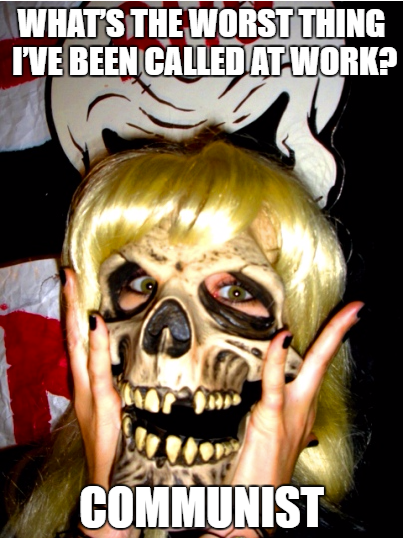 I was called a communist for not giving unlimited ketchup packets.

The guy ordered one small fry and wanted no less than thirty packets...

I told him I could give him some but not that much (we weren't allowed) and he turned around with, "What are you, a communist? This is America, dammit!"

He went on about this a little longer but I was still kinda stunned at his choice of insult that I can't remember the rest!

Obviously needed to refill his ketchup bottle at home for the price of a small fry.... Or was making a vat of poor man's tomato soup.

Should have said "You know that ketchup is red... like communism, right?"

I think a ketchup bottle from the store might not be more expensive than a small fry.