You Had One Job Whole Foods
If Life Gives You Melons...

Gas Station Hell: Why The 1pm to 9pm Shift Sucks 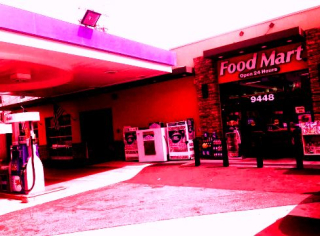 So I was working the dreaded 1p-9p shift at my local C-Store. Now for the day shifters this was the shift that everyone came in super cranky because you're literally dealing with the shit bags that come into our store for the entire day. But I suppose it could be worse.

As I was walking in I was following behind this guy in maybe his mid twenties/early thirties and he just reeked of weed. No judgement, I subscribe to /trees. As I'm clocking in, he's purchasing his coffee and goes on his way, no biggie. My ass. manager turns to me and goes "That sleeze has been in here eight times already since I started at six."

I shrug "Well was it mostly all coffee? Maybe he works at that new SnoIce stand down the street. I dunno." It really wasn't a big deal to me, she clocked out I did the usual selling cigarettes and weekend beer. I passed a district cigarette check, which is cool because our manager gives us five bucks when that happens which means dinner. All is good in the hood.

I did notice that this "sleeze" of a guy had been in a few more times. In fact it was almost seven o'clock and I needed to hands to count how many times in he was in. He came up to my register and asked for a pack of Marb Reds. 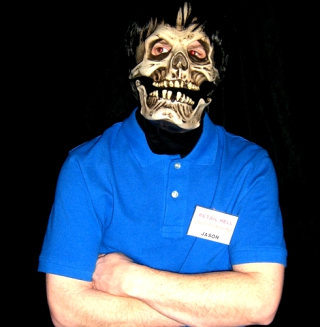 Sleeze: What? You're fucking shitting me? In Louisiana I could buy a carton for fifteen bucks.

D: Yeah, well in New York it's like twelve bucks a pack. Do you want the Marbs or not? We have Pall Malls on sale for $6.45

S: I don't smoke that trash, but I'm not paying eight dollars for these.

At this point I want to note that he REEKS of beer. Like he's sweating the shit and he can't even stand up straight and I'm trying really hard to understand him. Now some middle aged lady that was in line behind him butts in.

MAL: C'mon guy. We've all got places to be. Quit harassing the poor girl and make your purchase or leave.

Sleeze buys his cigarettes and heads out to his car. The middle age lady is sort of perplexed about the whole thing but it doesn't really faze me. We get worse guys. I happen to look out the front window as this guy pulls out, he's swerving and almost hits someone that takes out through a red light right infront of the store.

I call up my coworker who was working on retagging the candy section and have him watch till while I call the non-emergency number for the police; give them the car description and license plate and wait for the officer to come in. 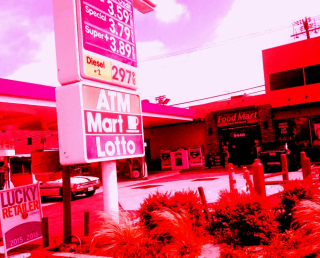 It takes about ten minutes for the officer to arrive and we have a minute of "Omg how have you been?" because he used to be the officer liason at my high school and is all around a really nice lady. As I'm writing my description who should pull up to Pump 4? Yup. Sleezey guy.

D: Are you shitting me? That's him on 4. hits the button so he can pump his gas

Officer: Are you serious? What idiot does that?

Sleeze finishes pumping his gas and comes inside.

O: Why don't we have a little chit chat?

She pulls him out of the store (after letting the guy pay) and procedes to call in another officer. They do the whole the field sobriety while officer two tears his shitty little Jeep to shreads. My jaw is on the floor as I see baggies and baggies and baggies of cocaine get pulled out from this car.

The big sheriff SUV pulls up and so does my DM. You see, our DM lives less than a block from our store so he sees everything. He comes in, watches with us and because this is such a big bust the officers ask us to close shop while they get this guy out of here. I get a nice pat on the back and a fifty dollar bonus on my next check.

See, if you're gonna keep driving drunk, don't go back to the places you already were at.