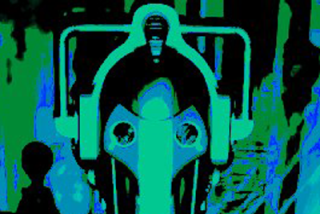 After Turner Broadcasting merged with Time Warner, they had an opportunity to join forces with Microsoft (Before it was the Microsoft it is today). Ted Turner was heavily in favor of this.

Against Turner's wishes, however, the Brass at Time Warner decided that AOL was a better choice. Ted Turner fought this, and was eventually forced out of the company he built.

AOL Time Warner, as it became known, was a disaster. AOL sucked the money and life out of the business until Time Warner eventually dropped the AOL name, Bill Gates went on to become Bill Gates, and AOL became... wait- what is AOL?

I never had to buy 3.5"HD floppies, as ALO sent out so many and people gave me their's. I just reformatted the AOL floppies and used them with a new sticker. I actually had enough to back up the small hard drives in use back then.

Believe it or not, I still use AOL. I've had it since 1999 and never bothered to change.

It did really go downhill after the Time Warner merge. I used to "work" as a chat and message board host and I got free AOL for doing it. When Time Warner joined in, they must have decided they were giving away too much free AOL because they did away with the hosts and let the users "self-police" the boards and chat rooms. That only led to the demise of chats and message boards since with nobody watching the kids, all hell broke lose.

I grew up on AOL. As crap as it was, and still is, I kinda have a soft spot for it.

AOhelL is still around, but much diminished from its heyday. A friend of mine who had been a truck driver had it for years because no matter where he ended up, it had a local dialup number.