Baby Diapers To the Rescue
Crazy Receipts: When The Opportunity Presents Itself, Have Fun

Goober: A tale of Two Scotts and Homeowners Associations from Hell 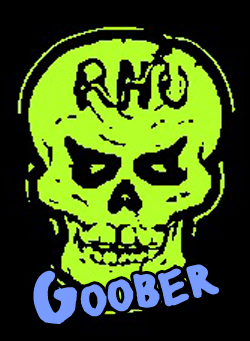 A little confusing, for the slow witted, eh?

This was the situation when I moved from the performance art store to the southern of these two stores. I worked for Great Scott. But we knew all about Boob Scott. We'd get phone calls from customers of the other store, who had ordered window screens or blinds (which are all custom made), or some other special order, and wanted to know, often at the top of their lungs, where their order was, and demanded to talk to the manager, Scott. It would generally take several minutes to get them calmed down enough to figure out if they were pissed off at Great Scott, or Boob Scott.(It was always the other store - we knew what we were doing. )

Aside from that, working in the city of Irvine was, generally speaking, something of a hellhole, though it's far worse living there than working there. This is one of those cities that is run by the homeowner's associations, despite the fact that you don't really *own* your home. You see, the Irvine Company owns most of the dirt, and won't sell it. Period. If you buy a house there, you buy the building, and take over the 99 year lease on the dirt. But the HOAs are gods, just ask them, and a good deal of the legal authority that belongs with the city government is usually delegated to the HOA.

The only thing they care about is "preserving property values." So if you leave your garage door open for more than 15 minutes, they fine you hundreds of dollars. If you have a friend come to visit, and park in the designated visitor parking, but he drives an ugly, beat-up old truck, they'll have it towed, and you're responsible if your friend wants to sue someone, because you agreed to be when you signed the CC&Rs. If your child died in your front yard from a pit bull attack, they'd probably fine you for the dead grass from the blood stain. About the only thing they'll compromise on, sometimes, is American flags, and that's because protestors reduce property values. As a business, we didn't have to deal with it directly (though the property management firm wasn't much better), other than city restrictions on how garish our signs could be, and what we could put in the windows. 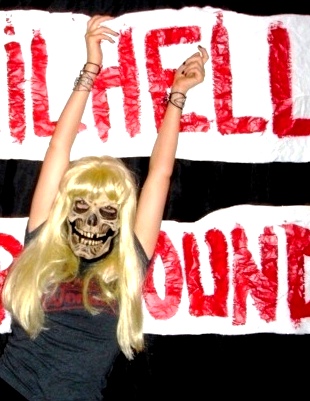 But we had to deal with HOA nonsense indirectly. You see, among the many restrictions were specific colors that you had to paint your house, different in different neighborhoods. The main color and the trim had to be *exactly* the same color as all your neighbors, and it generally required amending the HOA's charter to change it. Swiss Mocha was a popular color, for instance, a light off-white with a faint touch of brown. Not an unattractive color, but there's a reason why the official motto of "Irvine, the Planned Community" usually ends up as "Irvine: The Bland Community" to locals. And if your house gets a little bit run down, you'll get a violation from the HOA, and if you don't repaint the run down parts within a certain time, they would *foreclose* on your house, sell it to an HOA insider for a trivial amount of money, and leave you on the hook for the rest of the mortgage. And you agreed to all that when you signed the CC&Rs. So we'd get people coming in looking for very specific colors that had to be *exactly* right (because if you got the wrong color, even a little bit, see above on not repainting), and we had to know by neighborhood what they needed. Fortunately, for the most part, the colors were industry standards, and we had the formulae for them, and a pretty decent dedicated computer system to track it all. And if we didn't, we could custom match well enough for even the most nazi-like HOA inspector. But people could be very cranky when they were desperate (because they waited until the last minute to take care of the violation). We sympathize, but geez, dude, why didn't you do this three weeks ago?

Interestingly, the only customer I have ever thrown out of a store (in 30+ years of retail) was in that store, over paint (but not house paint). Guy wanted an odd combination of color, finish and type of paint that we just didn't carry. Got all bent out of shape over it. Wanted a manager. I guess it didn't help when the first thing I did was ask the associate what the deal was, and he told me what the guy wanted, and I knew immediately we just didn't carry it. Wanted the number for the corporate office to call and complain. While I was writing it on the back the a business card, the guy looks me right in the eye and tells me the reason we don't have the color of paint he wants is that all our employees are mentally retarded. In front of the employees he's talking about.
I literally shouted him the entire length of the store throwing him out. We got to the front door, and he decides he's not going to leave. He wants to make a scene, and be the center of attention. Well, that's OK, but I don't play that game. You never *ask* someone to leave, you *tell* them to. Once. And if they want to argue, you don't engage, because that gives them permission to stay. I just picked up the phone, called information, asked for the non-emergency number of the local police, wrote it down, hung up, picked the phone back up and started dialing again. Looking the asshole in the eye the entire time. My most treasured memory of 30 years in retail was the look on the guy's face when it dawned on him that if he didn't leave, he was going to jail.

At that point, he goes out on the sidewalk out front and starts to make a scene, so I told him I'd call mall security, and they'd just beat him with nightsticks before arresting him. It wasn't an idle threat; they were the worst security company I've ever worked with.

(I did this knowing I would have the full backing of corporate if he complained. In California, only clinically insane employers allow their employees to be harassed by *anyone*, even customers. (Mind you, there's a lot of clinically insane employers; it *does* happen, but there are . . . consequences. The Labor Board out here delights in public executions for things like 29 minute lunches. Plus, they (my employer, not the Labor Board) actually care about employees, odd as that sounds.)

On the subject of bad rent-a-cops, we were situated very close to a couple of colleges, one of them one of the biggest campuses in the University of California system, and there were a couple of high schools fairly close. So we got a lot of kids buying parts to make beer bongs and meth pipes and such. And a lot of them rode skateboards, and liked to practice their tricks in our parking lot. This was a problem, because they'd run into people, and leave dents in cars, because riding a skateboard while high on meth does not improve your coordination, even when you're convinced it does. So the security company was told to roust the skateboarders, with our blessing. Unfortunately, the rent-a-cops were too stupid to tell the difference between a 15 year old punk on a skateboard and an employee - wearing their bright red vests - sitting in their car eating lunch, so we got complaints.

Now, a little background, first. We were next door to one of the two anchor stores for the center, a drug store. A while before I got there, the drug store wanted to expand, but the city wouldn't let them unless they got more parking. At the time, we had a very large nursery/lumber area in the back of the store, but were only guaranteed a certain (and much smaller) amount of space for it in the lease. So the management company told us they wanted us to move our nursery to the front of the store because they needed all the back area for additional parking. Problem was, the city wouldn't approve quite enough square footage out front to meet the requirements in the lease (and far be it from us to argue with the city), so we got to renegotiate on *our* terms. Apparently, the remodel we did at the time was largely paid for by discounts on the rent. (The drug store then dropped their plans to expand, because the economy was taking a dump, but that was just icing on the cake.)

So, I have complaints about the security company rousting employees eating lunch. I call the management company, and tell them, "Look, I'd like to handle this like grownups. I tell you the problem, and you solve it. But I'm not going to be patient about this. If we can't get this resolved I'll have to forward it to our corporate office." Abouttwo weeks later, these two guys come in and ask for me by name. One of them is wearing a security uniform I don't recognize, the other one is in a suit. The suit hands me his personal business card and says, "We're your new security company, and if you have any problems with this guy, you call me and I'll take care of it." I never had to call him. There are many tricks to dealing with property management companies, but the best one is to be working for Attila the Hun, and they know it.

This is also the location of my worst day at work, ever, including being robbed at gunpoint, but that deserves its own entry.

"park in the designated visitor parking, but he drives an ugly, beat-up old truck, they'll have it towed"
What? Fuck off, you can't judge or tow someone's car just because its appearance bugs the shit out of you. In turn, I'll sue you for being a moron. Trust me, between the two of us? *I* will win.

And this is why I will never fucking live in a HOA, because fuck you, if I want my house to be purple with orange trim and a chrome garage, that's what it'll fucking be.

Lightning: Yes, you'll win. It's clearly illegal. But the friend you went to visit agreed, in a binding contract, to indemnify the HOA, so the friend will have to pay. They agreed to it in the CC&Rs. Really. There have been lawsuits. This isn't an obscure are of law any more.

labyrinthgirl17: If I were in the market for a home, and the real estate agent even showed me one in an HOA, I'd find a new agent. Unfortunately, that really, really limits your choice of where to shop around here. Condos are impossible without an HOA for the common areas (like the walls between units), and in detached home developments, the HOA assumes responsibility for a lot of things cities should be handling, like trash pickup and the grass medians in the streets, but don't have the money to do. So they delegate to the HOA. Don't like it? Live somewhere else. Somewhere a long ways away, or in a barrio with the drug dealers.