Adam Ruins The Oscars
Customer Reject of the Day: Sale Rice Loses in the Bakery Dept

Mistaken Identity: Did You Just Kick Me?! 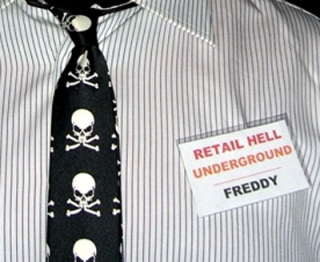 I work as a computer technician, usually in people's businesses. Not the most glamorous job, but it pays the bills. These events took place at an exclusive country club in my city.

I responded to a call about a computer in the bar that wasn't working. It was a Point of Sale system (henceforth referred to as POS). I quickly diagnosed that it needed a new touchscreen, but it was a special touchscreen so I had to so I order one with rush shipping.

Two days later the new screen arrived and I went out to install it. I moved the POS to another room to take it apart and while I was replacing the screen, I noticed that the power cable on the new screen wasn't the same as it was on the old screen. That's unusual, but not unheard of. I would need to get inside the cabinet under the POS, remove the old power cable, and run the new power cable to the new screen.

I went back to the bar to run the new cable where the bartender was unsuccessfully attempting to uncork a bottle of wine. I offered to help before she destroyed the cork. I quickly had it open, then crawled under the counter to begin removing the old power cable. A few minutes later I heard the bartender leave the bar area with the distinct clinking of a crate of empty glassware. It took a minute or two to locate both ends of the old cable and dislodge it from the mess of cables that had populated the cabinet for the last several years, but I got it done.

Still torso deep in the cabinet, I had just started running the new cable when I heard someone walk behind the bar. "Boy!" someone shouted from somewhere outside of the cabinet. I wasn't sure who was shouting or what they were shouting about so I stopped moving to better listen. "Hey boy!" a voice boomed from above followed by someone kicking me forcefully in the side of my leg.

I quickly slid out of the counter to see a large gray-headed man towering above me. "What?" I asked, expecting some sort of emergency.

"Don't 'what' me!" he exclaimed loudly then barked "Scotch neat and a Martini. Dirty. Gin. Up." 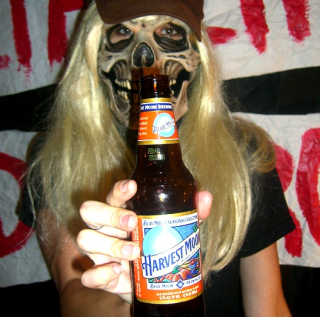 I was still on the floor, on my back, covered in dust, and I imagine I had the most confused look on my face. I replied "Ummm... The bartender should be back in a few minutes. Did you just kick me?"

He stomped his foot and replied gruffly "We've been waiting for 15 minutes! Make the damn drinks!" That was a lie; the bartender had been gone under 5 minutes at this point.

I stood up, brushed off some dust, and asked again: "Did you kick me?"

Even though I was clearly taller than him, he puffed out his already over-sized chest in an unsuccessful attempt to appear threatening and bellowed, "I saw you pouring wine earlier!" (That was also a lie) "Just get the damn drinks!"

I pointed to the emblem on my shirt and said "I work for <computer service company>. The bartender will be..."

I hardly had more than a few seconds to speak before he interjected loudly, "SCOTCH NEAT. DIRTY MARTINI. UP."

Just then, the staff door swung open violently and in rushed the kitchen manager. "Sir, you can't be back here. Stop harassing the computer guy."

The large man abruptly turned to face the kitchen manager for a few seconds, then looked back at me, face flushed with the most bewildered look, as if someone had just revealed one of the secrets of the universe to him. He mumbled something quietly about bad service and shuffled back to his table. His friends at the table appeared to be supremely embarrassed.

After briefly discussing encounter, the kitchen manager decided to cut him off from the bar for the day. At some point during my discussion with the kitchen manager, the bartender returned and was filled in on the situation. She was embarrassed that one of her regulars did something so stupid and apologized profusely. We laughed about it and I quickly finished up my work and got out of there.

Sue his ass for harassment AND assault. Teach him to not KICK people.

This is one of those few stories where I just cannot come up with a response.

I wish you'd had his ass arrested for assault and battery.

Just adding my voice to the others who REALLY wish his ass had been hauled out in handcuffs.