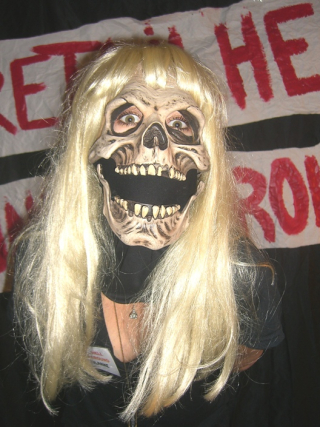 I had a customer today that made my jaw drop a little. They had put a tenner of unleaded in their car and happily driven off then about ten minutes later they returned with a confused look on their face.

They told me what had happened and that they couldn't see any change in the fuel gauge. I asked them if the tank had been empty when they put the fuel in and they wittered on about it being on the third or fourth line at the bottom of the gauge and how it just didn't seem to make any difference, witter, witter, witter.

The answer was pretty nonsensical and I called the manager on duty over. The MoD asked the same question as I did to which the customer replied: "It was quite empty when I put the petrol in but I thought it would at least move the needle a bit."

I was stunned, it was a completely different answer to the one they gave me! From what I could understand because most of what they said previously was bollocks the tank was empty like I asked originally and they only put £10 in. What did they expect? And why lie to me? What were they hoping for? Some people confuse me.

To fill my tank would about £60 and depending on hard I press the loud pedal that would last me 300 miles, so to put in just a tenner would probably last me about 10! making my needle feel very redundant.

It must had cost that customer a few quid to come back and complain... again, depending on the age of the car, I'm amazed they made it out of the forecourt.

My car is great on gas. That much money would fill hal of my tank and give me about 150 miles.

You should have totally caled him out on it. "Oh I"m sorry, I thought you told me it was a quarter full?"

Not allowed, McHell, you know what it's like with customers, I'd get in more trouble if I called them on their lies than just smiling and waving.

She also had a 4x4, so a tenner is like a drop in a bin. The amount of people who come in with these fuel munchers and expect ten quid to make a mark is quite amazing. Those tanks take 100 litres so 8 isn't going to show sweet fanny adams.

Maybe they were hoping to somehow get you into giving them another tenner's worth of free gas? Who knows how these customers work. *shrugs*

Definitely had a couple of people try that, Kiddo, they were doing the angry customer thing but they went the wrong way and accused the pump of not working right off rather than go gently and act confused. We just got the spare fuel can and showed them it worked. Pissed all over their fury.

This one just didn't understand volume. And couldn't keep their story straight from one minute to another. The idiot.

Well when she first started driving £10 would fill up the tank. So it is just confusing to her that £10 wouldn't do it now. What does gas prices have to do with anything, she put a tenner in back then and that is what she is doing now. You must have snuck out and stole the extra gas from her, or gave it to the person on the next pump.