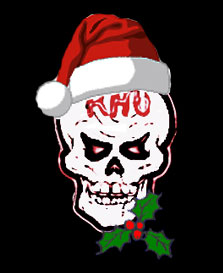 There were a couple of low income transient places that were banned, too many delivery guys got mugged there. Small local pizza place in a mostly resort town.

Someone new took an order from one of those places, and I delivered, not knowing this was a bad area as I had never been there.

Guy handed me a large bill, and when I reached to my back pocket he said, "and just go ahead and give me all your money."

So I pulled a pistol instead, had a lower back holster, cause my idea was to let someone think I was getting my wallet instead.

I stepped back and before I could even get the gun up he yelled, "oh shit" and slammed the door.

I ran like a bat out of hell. Back at the pizza joint, owner chews out the new person for not checking the list. Still remember this as the biggest tip I ever got.

We were in a southern state, so the owner didn't mind, he carried as well, and I had a CC permit. Several other co-workers carried as well for one reason or the other. When half the people you know carry a gun and going to range is a normal weekend thing, carrying a concealed gun was just normal.

Also, CC permit got me out of more traffic tickets: CC license is seen by most cops as a responsible citizen card. It basically means you're pre-vetted for mental health and violent crime and shows you tend to be the type of person that does things the legal way. It's a fairly regular thing to pass the concealed license alongside the driver's license to the cop during a traffic stop, to let them know in a polite way that they're carrying a weapon legally. Some cops prefer being informed that way, and it lowers tensions if they happen to catch a glimpse of it.

Yeah those things are great. They can be really useful in loads of situations. If you're at a store or a bank and tell the cashier that you have a gun they just give you free stuff!