Delivery Hell: Even The Manager Is Tired Of Your Shit 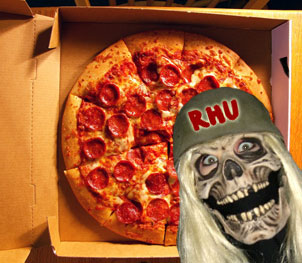 About three months into my first stint as a driver for a national pizza chain I started to notice a pattern of regular customers who did not tip. We're not talking tiny tips, or being picky that I wasn't getting that I thought I deserved as a driver. I am talking flat out exact-change and no-tip. I even got berated once for not having "change" to give back the customer his 32 cents. Seriously?

Anyway I was one of two full-time drivers (we split shifts on all seven days, there were also two or three other part-timers that helped on weekends or picked up mid-week shifts when needed). On a particularly slow mid-week shift we started talking about the whole "exact-change/no-tip" thing. We compared stories and even addresses. We realized that this was a habitual issue not just something unique to my own experience.

Around this time we were "upgrading" <insert rolling eyes> to a new order management and dispatch system. While setting things up we noticed we could customize the order taking screen. There was one line item for delivery notes that was "public" (in other words it would show up on the printed receipt) and another that was "private" (you could see it in the GUI but that line would not print out on an order receipt). Realizing this we both exchanged knowing looks and began referring to "Delivery Note #2" as the "Blacklist Line."

After about three months we had a pretty smooth system going. If a blacklisted customer ordered I would refuse to take it and leave it for one of the drivers with less seniority. If they got a good tip they would make a note on line two.

I guess I should explain that it wasn't like once a customer was blacklisted that was it. It wasn’t a once-and-done thing. We kept updating the entries (both good and bad) on a regular basis. 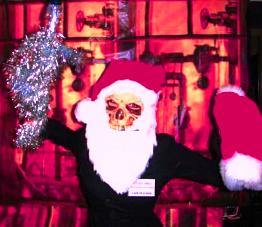 Anyway there was one particular customer I and the rest of the drivers had finally gotten to the point of refusing to deliver to them period under any circumstances. I deleted their address from the system and made a note in that said they were habitually rude, did not tip, were sometimes not home when they ordered delivery, and often complained for no reason what-so-ever just so they could get free pizza (like saying the cheese was stuck to the top of the box when I checked before getting out of the car, or the pizza was late and cold; stupid petty things that were pretty much bull-shit attempts at free pizza). The manger was already tired of this customer's shit but still had to abide by the whole "customer is always right" shit.

So one night asshole customer calls in and the poor girl taking orders didn't know what hit her. She says that we (as a store) are unable to deliver to them. (It wasn't uncommon for people outside our delivery zone to try and call in an order on a busy night. So we noted those customers in the system too). Well asshole customer goes off on her. She starts crying and hands the phone to the manager. He gets the customer's story and then tells the customer he will call them right back.

I come in from an order and get cornered by the manager. I could tell he was pissed but he gave me a chance to explain the situation. A few minutes later the other full-timer comes in and confirms the story as well as why we made the decision to not deliver to asshole customer any more.

Manager calls asshole customer and flat-out tells him out it is. A heated pseudo-argument ensues and the managers ends by saying, "Our delivery service is just that - a service. It is customary to tip delivery drivers because they are using their own vehicles and paying for the gas out of their own pockets. If you don't want to tip a delivery driver then don't order delivery. Thank you and good bye." He then slams down the receiver, looks at me and just mutters 'what an asshole' under his breath.

From then on "The Blacklist" became an accepted thing and during an all-store staff meeting the following week the system was explained so that everyone else who worked there (who were all expected to take orders over the phone) understood what "Delivery Line #2" meant.

A few months later I ended up leaving the store (on good terms) and went to school out of town. After finishing school and moving back home I decided to pick up delivering again part-time while I continued on in grad-school (this time in town). A total of four years had passed between my first stint as a driver (back in 1999) to my second stink (in 2003).

On my first day back as a driver I noticed "The Blacklist" was still going strong. Needless to say I was pleased.