McDonald's Drive Thru Sign For Employment Opportunities Gets Defaced
Bigger Than He's Ever Seen, Then 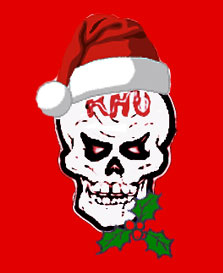 I've been a delivery boy for several pizza places over the past few years. Usually the houses that end up on the "Do Not Deliver" list are houses that have repeated problems or are known non-tippers.

One house in particular was near the edge of our delivery range, had a very specific order so we always knew it was them and most times they would end up complaining and demand a refund or a new pizza entirely.

The owner of the pizzeria had been in the industry his whole life so he was very aware of people like this. After the first few times of refunding or remaking the owner would pay special attention to these orders. He would make the order himself and give them to his most experienced drivers explaining to them the situation so the driver knew to be extra careful with the pizza.

Here's how he knew they were definitely full of it - they would call from a blocked number to try and order so obviously they still wanted the food from this particular place so they must like it. When they gave their address and the owner realized who it was he told them to once again never call back and that his restaurant would never serve people like them, who were just trying to get a free pizza.

"Known non-tippers also make the list if the owner cares at all about their drivers."

I would think that an owner that really cared about their drivers would pay a living wage so that tips didn't matter.

"I would think that an owner that really cared about their drivers would pay a living wage so that tips didn't matter."

Yes yes, we all agree. But the owner isn't doing anything that is considered illegal or, to *most* people, even morally reprehensible by paying the legal tipped worker minimum wage. So this isn't really the appropriate story to attempt to spark a tipped vs full wage argument. We must commend the attitude of the manager for doing something that many companies and spineless managers won't: stand up for his employees to the hell-spawned customers.