Game Store Holiday Hell: No ma'am, we don't have that. No one has that. 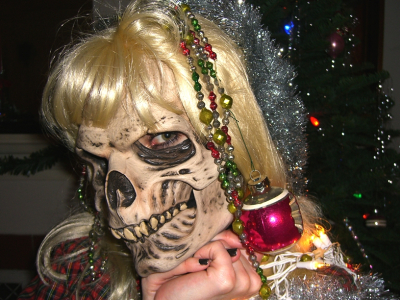 So, [Local Game Store] time. Lady called on the phone, looking for a thing that I have never even heard of.

L: Do you have [THING] in stock by any chance?

L: Are you completely sure? I saw it last time I was there.

Me (wanting to slap her through the phone because I can hear the "i want a manager" tone): I'm absolutely sure we don't have [THING], I've even checked the back.

You thought it was over? Nah fam, this is only the beginning. So about half an hour later, I searched the thing up. Doesn't exist. The immediate second I close my computer's internet in order to close up shop, a lady (also known as the phone lady) waltzes in. It's 10 mins until closing, so no problem.

Me: Welcome to [Local Game Store]. Just want to know we close in ten minutes.

L: Hi, I called about half an hour ago for a [THING I KNOW DOESN'T EXIST], and you said you had one (i did no such thing).

Me: I said we didn't have any in stock over the phone, but feel free to look around.

L: I want to speak to the manager (oh lord how I love this saying)

Me: That would be me. Also, [THING] isn't even an existing item, just letting you know.

So she goes on a tirade for several minutes with me giving her completely flat responses. In no way is she going to get a response out of me that didn't contain "We don't have that in stock, and there is nothing in the back" "We do not have anything in the back" "You are not allowed in the back" or "We're closing now, goodbye".

The [THING THAT DOESN'T EXIST] was a system called "Poly Bot" iirc, or something else that does not belong in a game store.