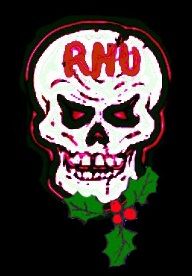 I'm a dog groomer. Today I had this pomeranian and despite my best efforts, the little guy had really bad knots on his butt that I could not brush out. In fact when I tried, he got so stressed out that he piddled all over my table. Dogs don't lose control of their functions like that for no reason. He was really upset.

I decided enough was enough and shaved out the knots. He immediately felt better and started wagging his tail and being adorable.

Well now he had two huge holes in his butt cheeks from where I had to shave out the clumps of hair. So instead of sending him home looking like swiss cheese, I trimmed him slightly shorter on the rest of his body (and by slightly I mean 1/4") and was able to blend in the naked spots to the point where you wouldn't really notice unless it was pointed out to you.

When the owners picked up they seemed to be fine with it.

Well apparently that was short lived because they called back and told my boss that I ruined their Christmas because now the dog is going to look bad in his holiday photos. I wish I was making this up.

If their dog's shaved ass is going to ruin the holiday photos, they're photographing the wrong end of the dog.

What's worse, 'bad' photographs or their dog potentially peeing everywhere he shouldn't, because people fiddle with the knots, if the groomer had not removed them?

That poor dog. Pomeranians are notorious for needing to be brushed out daily; why does anyone get a dog they then refuse to take care of? >:|

Kai, but that's work! And like having a child - these are just animals! */sarcasm*