Custy Catches Fast Food Worker Hiding Behind Counter Playing with His Phone
Bad Ad: Because This Badly Photoshopped Ad Isn't Creepy As Hell Or Anything 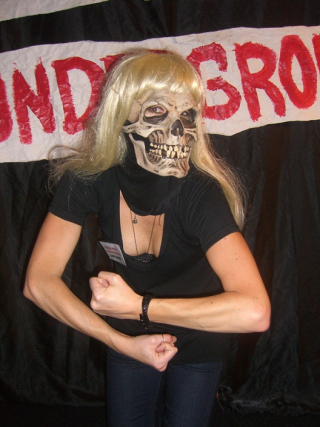 From Phosphorescense, Tales From Retail:

I worked at a burger joint while in school, and during the lunch rush one afternoon, a lady ordered a hamburger with no tomatoes.

When her sandwich arrived, there was a tomato on it. She proceeded to bring the hamburger back, and request another. Totally fair.

We start remaking her sandwich, and while standing there, she starts turning as red as the tomato she despised.

She started yelling " How could you be so stupid! I said no #!&$*ing tomatoes! I'll burn this place down!"

She storms out, without her new sandwich, and heads to her car.

At this point, I'm worried she might be grabbing kerosene, but she comes back, empty handed, and attempts to rip the (glass) door off it's industrial strength hinges.

While she is fighting with the door and scaring small children, the manager tells her to leave.

She refuses, and more fervently tries to break the door down. Only after we called the police did she leave. And she actually managed to break one of the hinges.

She never did take the new sandwich.