Awkward Asian Wearable Wednesday: Something Tells Me Disney Would Not Approve
Font Fails: They Didn't Think This Through 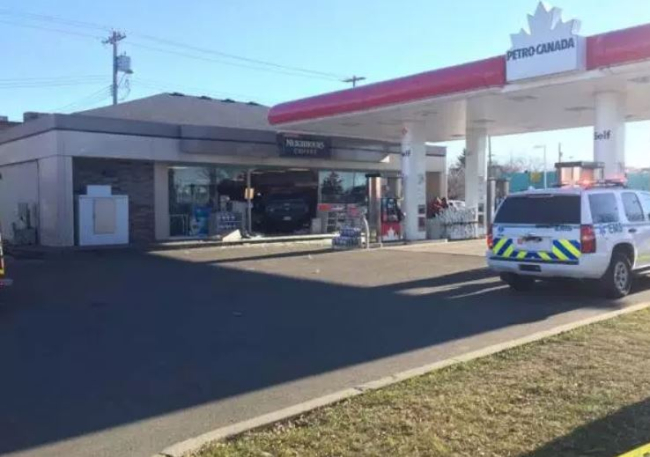 This story first aired back in November of 2015 after buddy threw a hissy fit and drove his truck at almost 50 kph into a gas station after the pre-pay wouldn't go through. He injured 4 employees, 2 seriously.

Gas station employee Yeon Kim was pinned underneath the vehicle. Fellow employee Joseph Loutitt was pinned between the truck and the steel rubble.

Loutitt suffered two broken legs, a broken knee cap and broken shoulder blade, and said in court he was in a wheelchair for about five months.

Kim suffered broken legs, a shattered pelvis, compound ankle fracture, kidney damage, a blood infection and a broken jaw. Her shoulder was also injured and she is recovering from eye damage.

After the crash, Cloutier left the vehicle and punched one of the other female workers in the face stating: “How do you like that?”

One other female employee was also injured.

Steven Cloutier was just recently sentenced to 6 years behind bars. The story is below.

What gets me is not the sentencing (snail-paced as our Canadian justice is), but the defence he tried to use. Bad childhood, just a bad day that pushed him past his breaking point, etc.

How the hell did he not get a life sentence?! He should've been hit with 4 counts of attempted murder and vehicular assault (or the Canadian equivalent).

Edit: After finally getting the video to work on this stupid iPad, 4 counts of attempted murder only gets him 6 freaking years?!

I'm with ShutterBug, multiple counts of assault with a deadly weapon, menacing, assault, attempted murder, GBH... and he said ""In my opinion, the staff members in the store deserved what they got,'' he told police." so zero remorse or apology - only six years?

Well rape only gets you 6 months apparently so...

The Canadian judicial system is backwards in many ways.