Font Fails: And Two Feet To The Right, We Have Bi, Pan And Others!
CVS Sherman Oaks Fails Toilet Review

Justice Served: Religion As A Tip Doesn't Go Over Well With The Pastor 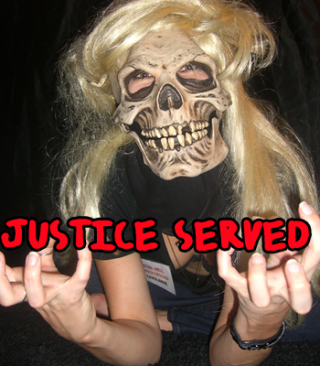 A couple of weeks ago a coworker of mine ("Judy") showed me a tip a customer had left for her. It was a pamphlet for a local church on which the customer had written "Best tip you can get: Jesus saves!" followed by a smiley face.

She was annoyed but I was outraged. I've only ever heard of that kind of thing on reddit before-- I've been a waitress for over a year and I've NEVER had a customer pull that crap on me. I mean, I didn't know people actually did that in real life! I asked her to let me take a picture of it so I could post it on the atheism reddit but she refused, saying she didn't want to get in trouble and, also, it "wasn't that big a deal."

I thought it was a huge deal. But I let it go.

Flash forward a few days later. I'm serving drinks to this group of men, probably in their 40's or so, and they're being really obnoxious. Thinly veiled perverted comments, the occasional inappropriate touch, those things I can handle. It's part of the job (the restaurant I work at is like... well, if stripclubs are rated X then we would be rated R). Anyways I can deal with that sort of thing but these guys were doing all that and a whole lot more.

I was about at the point of 86ing them (refusing to serve them anymore alcohol) when they abruptly asked for the check. Thank god!!! Finally they were leaving. But guess what? Under the tip line on the receipt one of them had written: "Best tip ever: Jesus saves! ---- churchname"

I was enraged. I waited on those perverted pricks for over two hours and they never lacked beer, hotwings, or anything else the entire time. And that's their idea of a tip!?

Remembering what happened to Judy a few days earlier, I asked her about it the next time I saw her and guess what? Turns out they were the exact same people and the name of the church they'd written was the same name on the church pamphlet she'd shown me.

This time I convinced her that we had to do something because it was clear now these guys were going to keep coming to our restaurant, mistreat us, and then leave their views on religion as their "tips." So yesterday afternoon before work, we went down there. 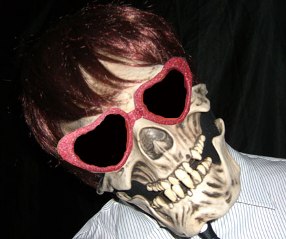 I don't know what I expected. A fight? An argument at the least? Some Christian brainwashing ninjitsu-type thing? Well instead, we met a very nice man, the pastor, who invited us into his office to discuss what these members of his congregation had done.

There were no lectures or judgment or anything. He heard our stories, apologized for what the men had done to us, and sent us on our way. He didn't even try to convert us or anything!

And I thought that was that.. until tonight, when what do you know? The pastor came walking into the restaurant with the annoying drunkards. He asked the hostess for a seat in either my or Judy's section (Judy had the day off) and then, before I could even ask for their drink orders, he said, "I'm sorry to interrupt but these gentlemen have something to say to you."

While I gawked in shock and embarrassment, the men all stood up, heads bowed, and said that they were extremely sorry for "stealing" from me. One after the other apologized for not giving me or Judy and another waitress (who I hadn't even known had ever served them!) proper tips. Each, in turn, then proceeded to give me $50 in cash (which I will be splitting with Judy and the other waitress, btw!!).

Most of the customers in the bar had quieted down to hear these guys apologize to me. It was absolutely stunning! And then the pastor just stood up with a smile, dropped a $100 bill on the table for nothing (they hadn't even had drinks yet!), and thanked me. For what? I have no idea!! I hadn't even brought them water yet!

Anyway it was very satisfying to see those jerks suddenly so contrite because their pastor was there. I could get on board this religion thing if all people were like that.

What he thanked you for was for letting him catch these idiots doing despicable things in God's name.

I'm not a Christian, I was brought up as one but found my own path, and what they did was absolutely sickening in a good Christian's eyes, especially in most states in the US where you get a pittance wage because you are relying on tips. After all it's one of the ten commandments: Thou shall not steal.

He sounds like a proper man of the cloth, I've only met a couple even though I've had a lot of dealings with Christian organisations, and as such he had to guide the members of his flock because they had most obviously strayed. He gave you that money because you had helped him discover these errant lambs and as much as goodness is its own reward it doesn't pay the rent.

Ditto. He was glad that you brought it to his attention and gave him a chance to take care of it. I don't think it too surprising that he didn't try to convert you - doesn't sound like an opportune moment. Plus, you know, that's always a thing you shouldn't do.

Glad to see that he made those guys apologize and likely told them how wrong their behavior was, practically disgraceful behavior. Hopefully, they learned something.

One of my Nana's favourite quotes is 'When trying to convert someone, if all else fails, use words'. If these dudes were serious about 'spreading God's word', they would have left the pamphlet IN ADDITION TO a hefty tip, instead of using it as an excuse to weasel out of their societal responsibilities. The pastor understood that, and wanted to make sure they understood as well.

He not only knew what was right, but also knew they were giving his church a bad name. That kind of reputation can undo any good works done by other members of the church. It's also good that he called them out personally instead of just giving a passive aggressive sermon and hoping they realized it was about themselves.

That's the sort of pastor one should aspire to be. Good man.

This is just infuriating. Not only that these hypocrites thought it was funny to mistreat their waitress stiff her on the tip and salve their consciences by giving her a church pamphlet instead, but that they believe anything goes until they get caught by their authority-figure -- at which point they turn into contrite little boys.