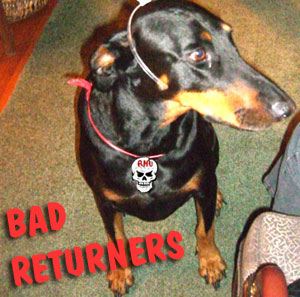 From  Plex-C, Tales From Retail:

So I work as a supervisor in an upscale clothing store. Dunno why so many people were shopping on New year's Eve (most suits aren't meant to be worn right out the door without alterations people!). Anyways, I had this guy approach the counter where I was folding stuff, he had a sweater and a pair of chinos, all clearance stuff. He was ready to purchase so I put down the gigantic pile of sweaters that will undoubtedly be unfolded minutes after I put them back, and proceeded to ring through his sale. He then asks about our return policy:

"I purchased a sweater about a month ago at a different location, what's you're price update policy?"

"You can do a return or a qualifying exchange within 90 days."

"Uh, no, that is beyond our price update policy."

"Well what if I return the item, and just purchase it again?"

Now, normally for the price update thing we generally give in and give the update but only on merchandise credit, that way they get the money back but have to return to our company to use it. However, I absolutely hate when customers try and get around the system like that, and something about this guy was rubbing me the wrong way, so I acted a little bit out of pettiness.

"Sir, in that case I would sell it to you again at the price you paid for it the first time, or give a refund for the value the sweater sells for today." 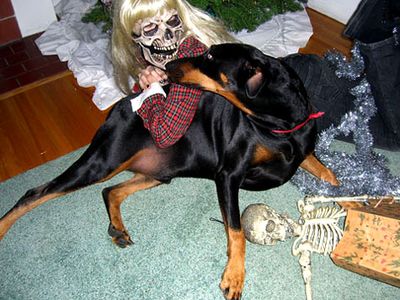 "Because our price update is within 1 week and you have literally just told me your plans."

"So what if I purchase another of the same sweater here, and then return it?"

"Well I can't stop you from purchasing a new sweater, but I would encourage you not to."

"Well if that's the case I'd at least ask you to take it to another store because I won't take your return. And also, despite the fact that you purchased it at another location, it's my store that suffers the loss of this price update."

"Why should I care? I can return the sweater here, so I will. It's your job to take it and your return policy allows me to return it to any store I want."

At this point I hate this guy and I want to strangle him. He goes to get another sweater, and I ring it through with everything else. I finish the transaction, I haven't even put his items in a bag yet before he grabs that sweater and just simply says, "I'd like to return this."

I don't even blink before I look at him straight in the eyes and say, "Sure, that'll be $$$ (price he just paid for)".

"Ahh, but I have the receipt for it here." Pulls old receipt out of his pocket.

"But I literally, LITERALLY, just sold you THIS (I point to his receipt from today) sweater. You clearly just purchased it, so you'll get the corresponding price back."

"But they're the same numbers, it's the same sweater."

"It is, but the one you purchased before is outside our price update policy, and you are clearly trying to get a price update."

"So I'll have to return it with someone else?"

He left after that. I printed a duplicate of his receipt and will be keeping it in my pocket for the rest of the week. If he comes back to my store, I'll know and I'll be on him with the intensity of the drill Sargeant from Full Metal Jacket. He'd best hope I'm not there or he'd better smarten up and go to a different location.

"So I'll have to return it with someone else?"
No, you goddamn keep it and stop trying to scam money out of me, you moron.

I had someone try that at my last job. I told them the item had to be reprocessed for the sales floor before it could be repurchased and they could return the next day and if the item was still on the rack, then they could repurchase it.

The first week of our close out sale we had a ton of people wanting to get a price adjustment, they bought a ton of stuff when they heard we were closing and thought they'd get to return/re-buy but part of close out was "no returns, no price adjustments".