English Is Hard: Don't Feed Your Fingers To The Employees, Please
Ad Fails: Chocolate and Fashion

Ilia's Note: *Cringe* Okay RHUers, we don't get many stories like these, but here's your abuse trigger warning... This is a hard read. [hands out tissues, and helmets and directs RHUers to foxholes] 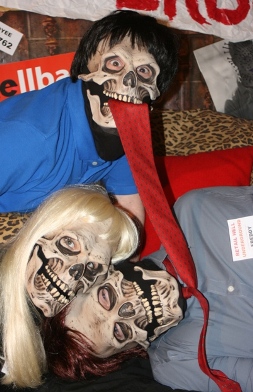 My first "real" job out of college was working as a sort of Office Manager/Exec Admin position in a branch office for a financial services firm. The office had six financial advisers who came in and out throughout the day, two interns, and the branch manager, who was my official Worst Boss Ever.

Nothing was ever said to me in a normal tone of voice... if it wasn't sarcasm, it was condescending. EVERYTHING was condescending. Nothing I ever did was right; if a Fed-Ex envelope was sealed even the tiniest bit crooked, I got yelled at and scolded for being messy. If it was perfectly straight? I got asked "Did you use a fuckin' ruler to get that line? What, can't you just close an envelope like a normal person?"

Forget trying to have any sort of regular conversation with the guy. If I agreed with him, he would sneer and say things like "That's how you really feel? Yeah, right", or if I asked a question, I got "figure it out yourself. You're so SMAAAART." That still haunts me... the way he used to draw out SMAAART in my face.

I regularly got accused of stealing (which I never did), and was reminded at least once a week that he had cameras ALL OVER the office and he was gonna catch me out some day. I was working with one of the interns on a project, and we had a column that wasn't reconciling.

The manager blew up at me, not the intern, and said that I had to come in over the weekend and work on it until the error was complete. Oh, and I was NOT going to be paid for that.

I did not know at that time that I was required to be paid for time worked in a situation like that. I was in a bad living situation at the time (boyfriend) and I had grown up in an abusive home, so I honestly thought that working unpaid to be punished for an error was the norm.

I could go on and on about this guy... how he ordered me to pick up his dry cleaning and I had a panic attack because it looked like his ugly suit was discolored, until I ran into his girlfriend and subtly hinted about the suit, and she actually confirmed that it was SUPPOSED to look that way.

I felt so bad, because I'm pretty sure he treated her like crap too, based off of her reactions, "Yeah, it's a good thing you notice that sort of stuff...Thomas (not his real name) is really picky and intense. Sometimes too much so." 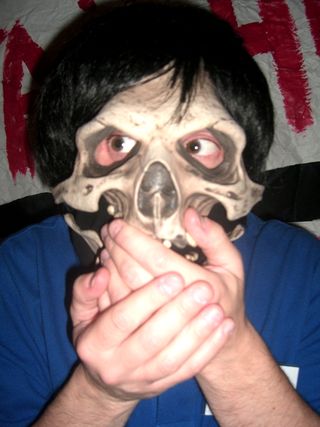 The incident that made me decide to leave, was right before Christmas: one of the advisers had given me a small handful of Christmas cards for his clients, and asked me to put postage on them. I asked if Thomas had given his approval, and the adviser said yes.

Later that day, Thomas saw the stack of envelopes sitting on my desk, and started screaming at me about stealing postage again. I explained that those were not mine, they were for Jerry, who told me he had Thomas's approval to mail them.

Thomas stomped into his office and called me in about half an hour later. He said he spoke to Jerry, who denied ever giving me envelopes to stamp. I handed over the envelopes and said to please look at the addresses, these were Jerry's clients and no one I knew personally. Didn't matter... he was still yelling and raving at me for this.

At this point, I was extremely shaken and trying to not break down completely, all the while denying that I ever stole from him, I never stole postage, and if he was so concerned about my apparent theft habits, maybe he should check the cameras that he had all over the office.

At that point, he picked up his metal wastebasket from beside his desk, and threw it at my head. Fortunately for me, I ducked and it hit the doorframe.

Then he screamed, "Do you like that?! Huh!? Are you going to learn a lesson about not talking back?!"

I didn't say anything and walked back to my desk, finished out my day, and left my keys behind. I walked home, told my boyfriend what had happened, and ended up getting yelled at for quitting a job without one lined up. Never mind that we had plenty of savings and he had a really good job. Until the day we broke up, I had to hear it that I was stupid and lazy for quitting a job without finding a new one first.

It ends on a happier note though.

Two weeks after the aforementioned walking-out of my job, I was hired at a tech company as an Office Manager, and I reported to the Director of HR. I did very well in my around the office duties, and I offered to help the Director with any HR grunt tasks she may have had, like creating new employee files, putting together benefits packets, etc. She gave me those tasks, then after a while, she started handing me resumes and asked me to read through them and pull the ones that I thought best matched up with the job descriptions. Then she would ask me to call and screen them, and coached me on screening. After a while, she kept adding more and more tasks, and after five months on that job, I was promoted to the HR Assistant. This job did wonders to heal me, and I was free of my boyfriend and living on my own in fairly short order after starting.

My life is so much better now, though I regret taking the abuse and not immediately calling the cops on my former boss.

I hope Thomas is in a piss-poor job now.

I hope he is incarcerated now.

I hope if your former boss assaults another person, they beat the hell out of him!

I'm glad you're in a much better place and doing well. Fuck those assholes.

It's never to late to try to find the person who was so mean to you and try to set the karmic scales to balance again.

I'm so glad to hear that not only are you safe but that you're also happy now. That's one of the best revenges you can get on those worthless fuckers.

Holy Crap! Hopefully, your former boss tries that on someone who beats him to hell

I'm so glad you are out of both situations, the BF and the ex boss, and are happy