Bridezillas: What Do You Mean I Have To Pay For The Decorations!? What Am I Paying You For?! 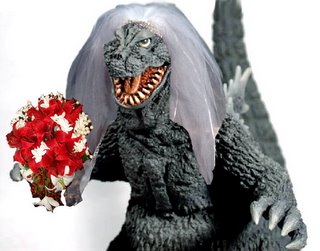 Actually a (part-time) wedding planner: I haven't had much trouble with bridezillas... mostly due to the fact it's not my full time gig and I can turn people down. I have a standard contract that includes a variety of reasons I will terminate a contract with a partial refund (any time you don't use, you get back, but if I had to sit through your shit, I get paid). Still, I've had a couple of wanna-be clients who discovered that my ass is nuclear breath-proof the hard way.

There was one chick who was under the impression I would be paying for the decorations out of what she had been paying me.

I informed her that, while I could handle those directly if she wished, she would still have to cover the cost of anything I had to purchase.

She blew a very impressive gasket, demanded a full refund, and actually contacted her family lawyer. The lawyer arrived, complimented my contract and informed the bride-to-be to read this shit next time. 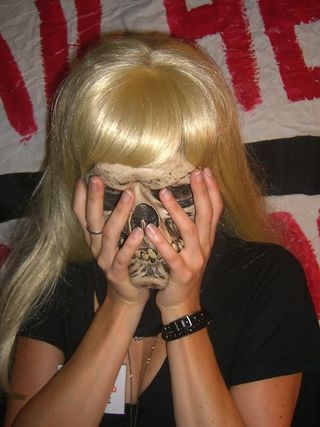 One poor girl thought I would actually perform the ceremony and got a bit confused when I informed her of how weddings are handled. She backed out of the entire thing once she realized that she was legally bound to her groom. (?!) She literally thought anyone could say the words, give them a license to bone, and she could keep living the same way she did before. (?!?!?!)

LIFE LESSON PEOPLE: TALK TO PEOPLE ABOUT IMPORTANT SHIT BEFORE YOU START PLANNING A WEDDING.

Not a bridezilla but just a cool little story: one girl saw my portfolio and really liked a certain dress and wanted to know where I found it. I told her I made it and she grabbed a pencil, sketched out her dream dress, and asked me if I could do it. It took an extra few months, but I cranked it out and she was really happy with the results.

She's the only girl I've planned and made the dress for, it's usually one or the other. I also ended up catering her wedding after she tried my Korean shortribs.

I dislike the first two bridezillas because of the fact the first bridezilla didn't read the contract right and the second one because she has no idea of how when 2 people marry they are bonded to each other in the eyes of the law and God or any other deity! The 3rd bride is not a bridezilla in any way. She was polite to this wedding planner and I like how pleased she was with the dress and the food.

The marriage ceremony is just meaningless noise. The real thing is 'sign the paper, pay the fee' and can be done at a courthouse. Any random goober can do the ceremony however they feel like it.