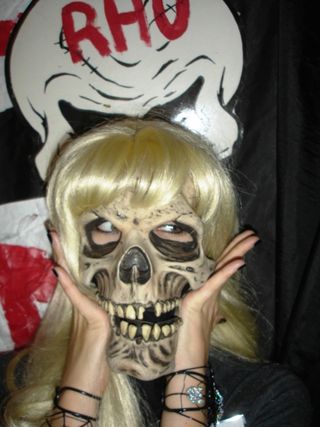 From Galanube, Tales From Retail:

So I work in a retail store that sells things for cheaper than the normal price. Every Tuesday we do a discount for our customers aged 55 and up, sometimes it's too hard to guess and too rude to ask so I usually just rely on the customers telling me their age to avoid awkward situations.

One fine Tuesday evening I had a lady I guessed was maybe 40-45 ish buying a TON of stuff for herself and some gifts for her daughter she wanted to know what our return policy was just in case her daughter didn't like the gifts, I explained the policy and that she could also do gift receipts but it would only go back store credit. So she decides she gonna pay with a card and to save her the trouble I let her know that anything she buys with the card must returned on the same card.

She SAYS: "No, you're wrong. I went to the other store and they said if I run it as debit it's like cash"

Again with the "No you're wrong"

I tried telling her again and again I couldn't fathom how she didn't believe me when I'm the one who works here.

So I give up and I'm grudgingly bagging the rest of her stuff I total her up she swipes her card and the receipt prints out...

Then she says "OH! And my discount!"

She even commented saying something along the lines of how I thought she was old and that she was annoying in a attempt to lighten the mood, and other things. I just gave her dead silence until she was done when I said "Thank you have a good one" out of obligation for my job

That was a lose-lose situation because, ten-to-one, had you asked her in any way if she were old enough for the discount, she'd have been insulted you thought she was so old. *sigh*

WTF. "No ma'am, the transaction is accurate and complete. There's no return to do here, please remember to ask for your discount at the start next time you come in. Next!"