Mistaken Identity: I Was Just Chilling In A Parking Lot Until I Hit An Iceberg 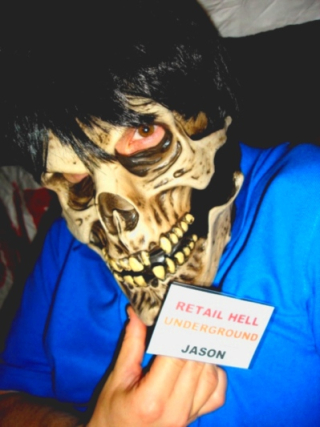 Some minor background. I live in Quebec, a land of two dominant languages, French and English. I myself am English but know enough French to have a polite (albeit slow) conversation. On a side note, the friend I'll be mentioning shortly is perfectly bilingual.

Yesterday I decided to do a grocery run on my way home from work. Since I use public transit I tend to take a taxi home when I do groceries and invite my friend along for the ride since she lives nearby.

I get to the grocery store and my friend is nowhere to be seen so I grab a cart and wait near the entrance where I will certainly be seen. I pop in my earbuds, start blasting some dance music and have a little one person dance party as I wait for my friend to show up.

As I'm jamming out I notice that every other person leaving the grocery store is leaving their carts near me instead of putting them away so I start moving a few feet away every time I start to get surrounded. Normally I'd take the time to put them away and do my good deed for the day but my friend should be showing up any minute so I just leave it for the actual people who are working there.

After a few more attempts to box me in are made I hear an older woman shouting at me. In her defence she may have been talking to me for a minute or two before but as I said, one person dance party over here.

I pop out an earbud and realize the lady is yelling at me in heavily accented french. I do a quick double-check to make sure I'm not doing anything illegal and assume she's blaming me for the carts that are strung around. Having just finished a long day of work and not wanting to put in the effort to find out I simply tell her, "Désolé, je ne comprends pas." (Sorry, I don't understand) in a heavy English accent before popping back in my earbud and continuing my dance party.

Everything is going fine until something heavy and soft smacks me in the back of the head. The same lady had swung her bag of groceries containing an iceberg lettuce among other things and had split the bag open scattering the contents all over the ground and also knocking both earbuds out. She now has my full attention and I listen to her complain about how lazy I am and telling me to pick up her groceries. 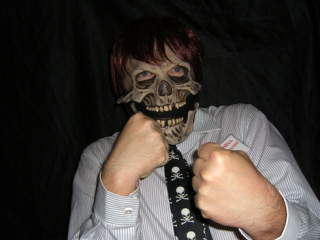 Getting hit by a head of lettuce sounds painful, but it's closer to being hit by a particularly heavy pillow so I'm not in pain or anything, but the audacity of this one to accost me and then order me around even if I HAD worked there has me livid.

I respond in the following censored manner: "What the (heck) lady! You (freaking) hit me and try to order me around? What is your (Gosh Darned) problem you crazy (witch)?!" I then switch over to french and share my favourite french insults just in case she isn't getting the point. I'm a rather big guy and she was a little lady who seemed to be used to getting her own way. This time was not one of those times.

The lady immediately begins mumbling "désolé, désolé, désolé," (sorry, sorry, sorry,) as she backed up to her car. Also, she never did pick up the rest of her groceries. There was even a bottle of Worcestershire sauce. (Which I remember only because I can't ever pronounce it).

My friend shows up shortly after that and we do our groceries as usual just with a lot more laughter and her assuring me that she will show up on time tonight.

Just in case it wasn't clear, she believed I was one of the young guys who typically rounds up the carts and was ignoring his work to play on his phone. Not sure of the job title.