Toxic Coworker Hell: Sprint Doesn't Fire Anyone, For Any Reason 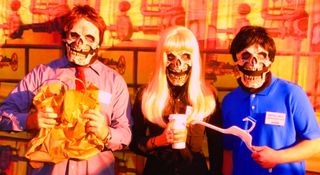 So many of these comments don't have shit on the people I've worked with.

I forget the guy's name, but he was a horribly racist dishonest bastard that would steal from customers, this was 8 years ago. He worked there for years, and was never fired, only shifted to another store across town. Here's some of his exploits:

Refused to help Spanish speaking customers, but if he had to:

To just about everyone else: 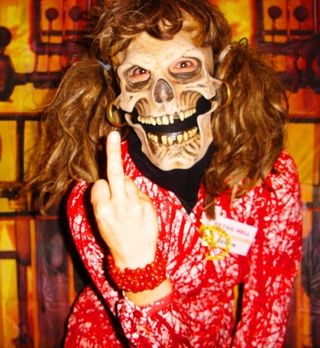 On and on... Then, I transferred and started working with a shit-for-brains named Nick at a Sprint service center:

Then I transferred back to retail and started working with a Persian guy, I think he hated me because I was a veteran, but I don't know. This kid was a moron, a liar, and also regularly refused to help customers. I had to inspect some of his work, and when I found faults he would just continue to do whatever he was doing.

We actually got into shouting matches at work, and the manager refused to do anything. I had enough of him when he flicked a lit cigarette at me, I threatened to beat his ass and he ran inside.

The manager still refused. That manager, Elizabeth, probably still works there, and she was the single stupidest manager I've ever encountered. She got the "transfer don't fire" treatment from Sprint Corporate after some big screw up, and was placed as the store manager; everything went to shit because she had no backbone.

I will NEVER work for Sprint as long as I live!