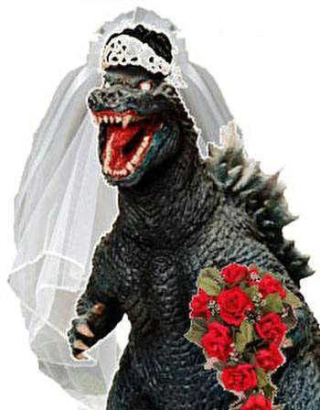 I'm a manager at a donut place and believe it or not, I have a story about a groom who dodged marrying a bridezilla. You're probably confused as to why a donut shop would have anything to do with a wedding, right? Buckle up kids! WOW what a ride!

It's late and we're about an hour from closing (It's 10pm, we close at 11) when I get a phone call... a phone call from a woman who claims to be a wedding coordinator.

She says she knows we're probably about to close soon but if we would please, please, please give her just a few minutes of our time, she needs to buy any and all of the donuts she can. She says the cake had been destroyed, and the bride was a huge fan of donuts since childhood, and is willing to substitute. If we're willing to help her out in any way we can, she'll buy everything we have.

Now this could have been a sick (and odd) joke, but there was a note of controlled panic in this woman's voice that told me she wasn't bullshitting me. I said that we were going to close in an hour, but if she could get to the store ASAP, we would work with her.

She arrives within ten minutes (god only knows the speed limits she might have broken). She pretty much wiped out all our stock, and snags the biggest cream puff we had for the 'ceremonial donut,' and as she's getting ready to pay, I ask her to wait just a moment. In a fit of inspiration, I grab some eclairs and write 'Congrats" on one, and "[Name]" And "[Name]" on the other two, and tell her to put them above and below the 'ceremonial donut.' Not fancy, not all that professional a job, but I figured it would be cute and maybe bring a smile to the ceremony.

She thanks me profusely and runs out the door.

Some time passes and a happily married couple comes in, asking for me by name. They're back from their honeymoon, but just wanted to thank me in person for being so accommodating and for the surprise eclairs. It was then that I got the full story: The groom had apparently an psycho ex, who some how, some way, found out about the wedding. We're talking crazy as in trying to claim that she's pregnant with his kid a year after they broke up. She had this whole, detailed story that he snuck into her home and got her pregnant one night. DNA tests proved her wrong. When that failed, she became enraged that he was getting re-married! How dare he find happiness with someone other than her!

She storms into the venue, grabs the wedding cake, and chucks it at the newlyweds! I mean she-hulking a beautiful three tier cake! Then, she began screaming how he was a deadbeat dad (to the kid who wasn't his), before grabbing table wine bottles that she smashed on the ground.

Everyone was stunned in shock at first, but the woman was ultimately restrained by the groomsmen. They called the police, and she was charged with assault, assault with a weapon (from waving around a wine bottle and clocking a groomsman,) and destruction of private property (both from the couple and the venue.)

She was also found to have been stalking the groom for months. What a charmer.

The cake couldn't be salvaged, since it was a combination of smashed and pelted with broken glass, but because of the bride's brilliance about the donuts, they celebrated 'cutting the donut' during their midnight lunch. They ultimately enjoyed the remainder of their night, but the bride's gown was destroyed, a good amount of the linens were ruined, and an arrest was made. Memories to last a lifetime!

My whole team got to gather around to see the pictures of what the wedding HAD been, and what it became. I got to see a shot of the cutting, with my eclairs in full view. The wife and hubby are in a shot holding up their own named eclairs with huge grins, and then another of feeding them to each other. (My genius was appreciated! Yay!)

The wife, bless her brilliant, warm soul, is laughing and smiling in all the pictures, even with cake and frosting splattered all over her (once) gorgeous dress. (Later shots have her in casual clothes when her mom raided her suitcase so she could take off the dress.) She said it was going to be one of "those stories" that she's going to laugh about with her kids in years to come.

Somebody please find me a wife with a soul that robust and happy!

My sympathies for the bride and groom. But you deserve a huge praise for being able to come to their rescue!

And as for the crazy ex, I hope she spends a LOT of time in prison!

This kind of thing is what groomsmen are for... defense of the wedding. It's generally only a ceremonial position now,b ut jeez...