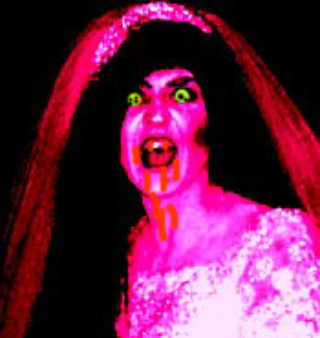 I worked at this country dancehall that was connected to a restaurant and bed and breakfast, and we once had a reception that was being held in the restaurant and the dancehall since their original reception had been rained out a bit before. We were a pretty chill place and used to drunks, but halfway through this reception, the groom got so drunk other members of the wedding party had to carry him out and put him to bed.

This was at around 10:00 pm and the dancehall was very busy and open until 1:00am. It was loud enough we didn't really hear anything else or notice where the bride went until we closed, but they were all staying in the B&B and after we closed and were all sitting around counting money and finishing up clean-up, we could hear the bride storming around upstairs in the B&B screaming about the groom (loud enough we could hear that's what she was screaming about) and blasting the radio super loud.

Also, much of the wedding party seemed to have gotten so drunk they couldn't figure out how to open the separate door that led upstairs to the B&B, despite having been given keys. They kept banging on the restaurant door and generally making a huge ruckus outside while we were trying to close up and had tons of money out on the table.

The owner was this awesome, tough old lady who was a former Dallas Cowboys cheerleader, and she went out cursed them out. She told them that they better shut the hell up, get the bride to shut up and not disturb the other guests any longer or she was going to go beat them to shit herself. She loudly informed them that she would then kick them out and let them find other accommodations for the night-- in a tiny town of about 100 people when they had come from far out of town for the event.

It was a very entertaining evening, and we didn't hear much noise after that. My boss was a pretty intimidating lady.

But I can't imagine that marriage lasted for long.