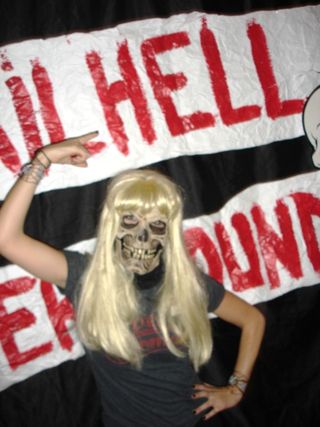 I’ve held many jobs during my working life, sometimes two or three at a time.  A day job, night job and weekend gig, all to make ends meet or help out a family member. Some were great, others, eh, not so much… then came the unbearable.  The work wasn’t bad, but the people I came in contact with………well…..

One of the worst was my weekend cleaning job. For a couple of years ,I was a house cleaner. A maid that comes into your home to tidy up, get your place ready for a big event or do a total overhaul for a house sale. It was all pretty routine, most clients just needed simple dusting, washing floors or vacuuming, others needed to call in a crime scene clean up team. You’d be amazed what people would leave behind for me to “straighten” up.

I ‘d often walk into a totally trashed living room after a teenager threw a party, complete with the requisite puddles of vomit and stale beer, I would  find the comatose teen hiding under couch cushions …and yes, once on top of a flattened muskrat. Why the animal had been invited to the party, the mind boggles ? The usual messes were fairly average in most homes and apartments, dirty dishes, piles of clothes on the floor or unchanged litter boxes . The clients were always appreciative for a cleaning job well done. That is except for friends.

I’ve learned over the years that friends change when they see you in a different light. Most of my pals were supportive of my job juggling and understood why I had taken on so much in the way of employment. Others jumped to the chance of one up manship, a way to lord it over another person to  get discounts and/or  ask for free service. One of my closest friends had recently married and moved into her new husband's former bachelor  pad . He was a messy former frat rat who lived in an old building.  My friend was working and going to graduate school, while her hubby was “finding” himself. He was home most days , so I could only clean when he was out . I was told in advance that the tenant before frat boy was an old man who had died in the apartment.

The place always had an odd smell and the toilet bowl was black, my friend said that black paint had been poured into the bowl and the landlord would not replace it. I took a good look at the “paint” in the bowl and discovered that it was not paint at all. With my arm shoulder deep in bleach I used a pumice stone to hack at that crap…it turned out to be just that “crap” …about a hundred years worth! When my friend came home she marveled at the sparkling clean toilet bowl, her husband said “Great, ya wanna take a look in the closet and de-stink it?” The stink came from a colony of maggots that had burrowed deep in the floorboards.  I cleaned the closet , was given a $5.00 tip and told “I guess  I should remember to throw out stuff when it gets bad.” The stuff he was replying to was a fish that he caught and was saving to use as a prank on a fellow frat member.

The last time I cleaned a friend’s house was the very last time I would ever clean for a friend again. This gal pal was living with her sick ,widowed mom. I had known the family since childhood. My friend was spoiled and never knew how to do anything because her parents did it all. I didn’t realize there was a problem until I walked in.  The mom was bedridden and there were mountains of filth all over, on every surface.  I tackled the place foot by foot, it was disgusting and very sad.

Around 6:00pm my friend walks in with take out bags of food, walks past me without saying a word and plops her ample self on the couch in front of the television. I was about to tackle the last room, the bathroom. As I opened the door I was knocked back by a horrific stench, the tub was filled with black garbage bags , the pile reached the ceiling ! I had reached my limit of compassion and asked my friend what was going on?. She stated calmly that since her dad died no one had taken the household trash out and how she couldn’t possibly be expected to do that, as she was raised to have servants not be subservient. I didn’t speak, I turned to leave and then she said: “What time will you be back to take the trash out?”

That's full Whisky Tango Foxtrot, I can't believe you would do that. I've helped uni lads out with cleaning up when moving out and it was not fun at all (pots not cleaned or even emptied after cooking, just shoved in a cupboard for 6+ months, mounds (thousands) of used tissues under a bed (best not to examine too closely)) but this is just insane.

I'd be charging $1000 an hour or part thereof, that is epic levels of crap. I'd suggest hazmat teams might be required!

And for "friends":
Due to an endangered pregnancy I had to lie for 3 month- a friend cleaned our house once a week and I was (am stil!) so happy and thankful.
I can not believe this bad behaviour - of course you pay the full price, of course you tell them how thankful you are!( I still felt like apologizing- I'm on the couch and she doing all the work!)

"Here" not "herr".
Thank you, autocorrect!

Good word. I will NEVER take up the role of housecleaning as long as I live!

This is so appropriate for this story. Sarah Cynthia Sylvia Stout Would Not Take the Garbage Out by Shel Silverstein

I've spoken to a few cleaners, what you pay for is usually day-to-day cleaning you don't have time for as Basement Rat mentioned at the beginning: put dishes in dishwasher, tidy up, dust, put rubbish in bin, dirty clothes in hamper, ordinary stuff.