Discount Rats: I Want A 4th Of July Discount!
Awkward Acronyms; You Could Have Used "Necessary" Or "Needed" You Know... 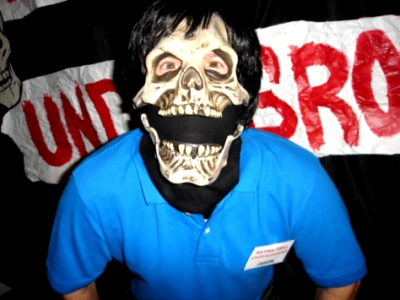 From CyclopsorNedStark, Tales From Retail:

I spent a decade and some change in retail. Though I have retired from that game, the memory remains. This is one of my stories...

I worked at Very Large Games for a long time, and this story takes place just after Very Large Games "merged" with Game Box. At the time we still had a large contingent of PC gamers which was my scene, which meant we had a lot of Star Wars fans that often came through several times a week to just hang out (This will be around the time Jedi Outcast came out, for those keeping score.)

So we also have a lot of military that shopper there and the number of uber-nerd-soldier-Warsies was astounding! One in particular was this really cute girl with short, red hair who came by the store a lot. We weren't friends or anything, but had gone to the arcade together a few times (I feel old just typing that) and would IM each other occasionally (I must be old now.) So on this particular day she is in the store for hours and it's no big deal, as that was the custom back then. Somehow the topic of Star Wars came up and I mentioned that I wasn't a fan really, but I liked the games somewhat.

Having said this, I go back to my menial tasks at this soul-sucking place (while I should have been proclaiming my love for the Jedi Order and asking this girl out...ahhh youth, wasted on the young.) At that time, nearly in an instant, she places hand firmly on hip and cries...

"I've got a Yoda tattoo on my thigh."

I kinda give a look of shock, but also curiosity, she then follows up with...

"That's cool," I say. Not really sure where this is going. Then she runs behind the counter, drops trou and shows off her perfect, white skin adorned with a (nearly life sized) Yoda piece on one leg and Luke on the other. Pants casually around her ankles, behind my counter, wearing what could generously be described as a G-string...did I mention my counter was by a glass wall that faced out into the mall corridor? Did I mention it was summer and school was out? Oh, and the Crappy Pretzel cart was right outside...having kid's day.

So the kids in the mall that day got an eye. I got tongue-tied. And man, do I miss the old days...sometimes.

May the Force be with us!