Awkward Acronyms: What Happens When You Tell An Already Busy Person To Make An Acronym
New Stores on the Block: Hooters Has Competition

Sexism In The Workplace: Miss Boss Can Answer That Question For You 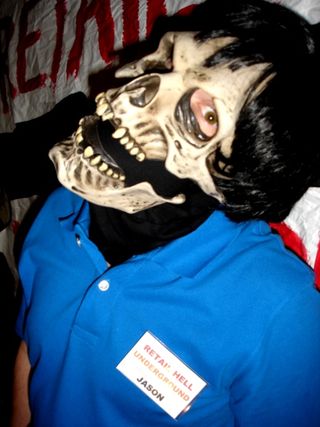 I worked in a small hardware store in college and the store manager was a woman. There were a couple of guys she had hired because they were specialists, but she knew more about hardware in general than all the rest of us put together (and she was the Boss on top of that).

It was always funny to watch people's faces when we didn't know something and called her over for help.

I can't even remember how many times she would give a detailed and accurate explanation and the customer would still turn back to me like they wanted me to confirm it, even though I had just called her for help.

I was a barely-trained part-timer, but I'm a guy so they just assumed I knew best.

I used to work at a drug store that was connected to a grocery store. I don't cook but people would come to me and ask how to cook something rather than ask the guy who was a chef at a steak house on weekends.