Movie Theater Hell: If You Think The Rules Are Stupid, You Shouldn't Have To Obey Them 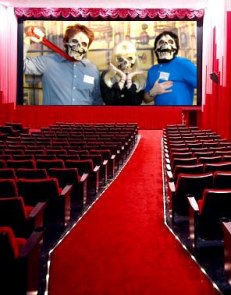 I work at a movie theater along with going to college. I get free movies, so it's pretty great.

Anyways, today, I got out of my Chem lab an hour or so early since it was a pretty quick lab and I decide to use the time to go see a movie. I didn't really have a plan on which movie I wanted to see, so I head there without checking showtimes. I get there around 6:00 and the show I decided on was 7:15, so I decide to talk to my friend who is working in the box office.

I'm talking to her about her new kitten when this 25-30 year old guy in a suit comes up. For a visual, try and imagine some guy who works for his dad's business and maybe might inherit it someday, but thinks he's all cool and a big shot business man. Jessica (my friend) had sold this guy a ticket earlier for an 8:00 showing of Kingsman.

Business man asks her for a pair of 3-d glasses which we give him because we're allowed to give them out free, and while handing the glasses to him Jessica says: "Just make sure you aren't sitting in on a movie. If you want to, I can sell you a ticket, but you can't do it for free."

My favorite part of the job being telling people to leave the auditorium or getting people kicked out, I agree. So I let Nick (the usher) know to watch the guy and make sure he doesn't go into another auditorium. And within 3 minutes of us telling him not to sit in on a theater, he tries to get into one of the theaters playing a 3d showing.

Nick asks to see his ticket that he doesn't have and gives him the option of going to the box office to purchase a ticket, or wait in the lobby until his correct showtime. Business guy leaves the theater through one of the exits, then re-enters a few minutes later. This is where the best part happens. 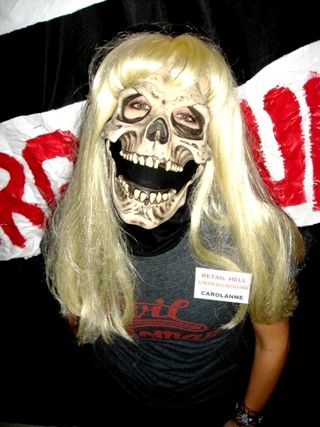 I will address business guy as 'BG', myself as 'Me', and Jessica as Jessica.

BG: Hi, I'd like a refund. You guys acted pretty mean to me.

Jessica: That's okay. I'm not sure I understand how we were mean to you, though.

BG: Well, there comes a point in your life after you stop being a teenager and you grow older, where, there are stupid and strict rules that you realize just don't need to be followed.

Jessica: Well sir, we could lose our job if we let you into a showing that you didn't have a ticket for.

BG: Raising his voice, but not shouting What could possibly be replaced with this?! gestures to the lobby

When he said this, Jessica and I have both assumed that he meant the movie theater and minimum wage jobs in general.

Something you should know about Jessica is that she doesn't like to take crap from other people, and will often say things that should oftentimes go unsaid, and today she did just that.

Jessica: Well, sir, when you don't have a college degree and a 100k salary, it's nice to have a job.

At this point he's gotten his refunded tickets and has walked out the door.

He then pops his head back in the door.

Jessica: Oh, I just said for you to enjoy your Lambo. 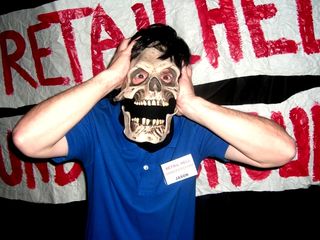 BG: Only an idiot would own a Lamborghini. [He points to me.] Maybe your friend here has one.

(I fucking wish.) After this comment, he walks out the door.

I decide, fuck it. I'm not in my uniform. I wanna say something to this guy. So I follow him out the door and shout to him

Me: I'd really appreciate not getting comments like that!

I was kind of baffled at this, but okay.

Me: Alright, fuck you, prick!

I start walking back inside.

"Well, there comes a point in your life after you stop being a teenager"

where most people realize that fraud is a crime, and they can go to jail for it.

Then why are you trying to rip us off for a $10 movie ticket? Any competent psychiatrist can treat kleptomania, you know.

I did that once... except my friend had an IMAX year pass, which meant we only had to pay $5 each for feature films, and got into the documentary playing before it for free (or at least he got in for free, I might have had to shell out a few dollars, can't remember). So it was much less 'sneaking in' for a free movie and more 'welcomed in as valued customers'.

So if you ever wanted to know the easiest way to get the best seats in the house, that's how. Gift yourself a pass, and go see any documentary anytime you feel like it for an entire year without dropping a dime. When an awesome movie comes in, buy the ticket and go see the free one immediately preceding it. When the first one ends, you've got a good window of time after everyone files out and before the new crowd comes in to move anywhere you want. At least, that's how it works at the IMAX connected to my local museum. With any luck, you also have a museum with an IMAX that has the same deal.

FYI, we saw Dark Knight. Seeing it on that screen was THE SHIT. And the film on extreme sports preceding it was pretty amazing too. 50-foot waves that moved faster than the spray they let off, finally thundering down to whitewater in an almost deafening crash, the surfer easily gliding in front of it, riding tunnels collapsing mere feet away from them... snowboarders going down beautiful mountains so steep it would probably take an experienced mountain climber to descend, but effortlessly gliding glistening arcs of powder as they gleefully cascade through a pristine expanse of white...