Convenience Store Hell: Surprised By The Law, Every Time... For Four Years

So, I am currently working in a gas station/convenience store in the middle of nowhere, WA.

In WA, the law states that we CANNOT sell alcohol between the hours of 2:00 AM and 6:00 AM. This does not, in any way, however, discourage people from trying to buy it.

Now, X is not a young man. In fact, if he is a day under 70, I would be surprised, alcoholic aging notwithstanding. He should know better. 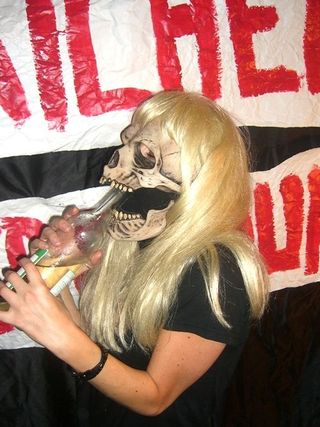 Too bad that for the past four years, I've been there to remind him. Sorry, X, but the law is the law.

Now, X is a very nice, polite man. He calls me "sweetie", because I'm not allowed to tell him how much I hate that condescending shit. But he means well, so I cut him some slack. (By which I mean, I don't tell him to knock it off.)

When I first started this gig, he would come in and look nice, for the area. I mean, jeans, not new but not too old, and a plaid shirt unbuttoned over a wifebeater. Pretty standard attire for this far out in cow country. Hair combed, smelled O.K. for a working man - a little sweaty, but fresh, not rank.

Fast forward four years, and he comes in reeking of old catbox, last night's beer, three day old musk, and stale cigarette smoke, in what looks like his PJs, which are stained with I don't want to know what. His eyes are bloodshot, and his breath stinks from all the way across the counter.

He's still nice and polite, though....and he did once give me a ride home when my car broke down...so I pretend not to notice his decline. I try to treat him as I always have - like a good, regular customer in a flyspeck town.

BUT....I won't break the law for him. And he just can't understand it.

For four years, we've been having the same discussion when he "can't sleep" and shows up before 6:00 AM. FOUR YEARS. And he still thinks I might break the law for him "just this once".