Poor Planning: This Classroom Acronym
Garage sale or Garah sale if you prefer 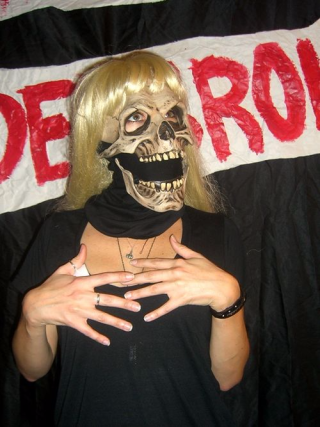 Working in a rural law office has its moments. Moments that harken back to the 1960s American tv classic “Green Acres”. Many a Mr. Haney character has stopped by to sell rutabagas or barter for services with a handmade quilt, dozen eggs or the promise of carpentry. Country life is more than meth arrests and pot grow farms violations and I found that out quickly.

On my first day at work, one of the lawyers told me that much of the business dealt with animal disputes. I goofily assumed that it had to do with ownership of livestock or theft of same.

A distraught woman called early one morning, she said she needed to talk to a lawyer immediately. It was still early and I was the only person in the building. I took down her name and phone number and assured her that as soon as a lawyer was available she’d get a return call. Through her tears she related that she had a goat which she sold to a woman and now wanted that animal back because the animal was being mistreated. When the owner/lawyer arrived, I handed him the urgent message.

The next day I asked the lawyer about the goat, I was concerned if it had come to any harm. The lawyer just chuckled and told me that the women who had called is quite well known in the area for her goats because she treats them like children. She dresses them in clothing, they live in her home with her. Each goat has its own room with child furniture and toys. They eat at the table the way humans do. When she “sells” them, she considers it adoption, where she carefully screens the buyer as a like minded individual. This time she was wrong.

The woman she had sold her precious “Gruffity” to had been treating the goat like a …well….GOAT! A goat who lives in a barn, is fed hay, is milked and doesn’t wear human clothing or is treated as a human child. The lawyer said that the buyer could do what they pleased with the goat and that was that!

Goat lady did not take the answer well and decided to take the buyer to small claims court herself…. would have loved to have been the fly on that courtroom wall. 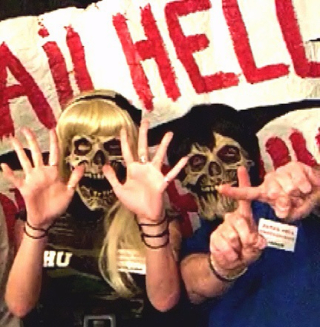 Some years ago a farmer in the area was worried about his prized sheep. The ewe in question was not eating well and seemed to have developed tremors. Thinking that she had come down with some disease, a vet was called in to stave off possible infection of the herd. The doctor could find no disease or cause for the ailment. This went on for a couple of years, one of his sheep would come down with the same complaints. The farmer’s wife thought that maybe something was scaring the animals, maybe a large predator had been in the area, like a bear or cougar?

So…they set up a video camera …and voila ! They found the problem. It seemed every few nights a man was seen having his way with the sheep…. classic! The miscreant was caught and said he saw nothing wrong with it, that farm boys had been doing it forever… and after all, he could relieve his urges without cheating on his wife…that the sheep didn’t mind..and that he was kind fond of one in particular, he called her “Stinky Cuddles”.

His attorney used the plea that the animal was a consenting party and didn’t resist, so how could there be a crime if she didn’t object?

There was a rash of this sort of thing a few years back, and a number of states updated their legal codes, mostly by turning misdemeanors into felonies. One state somewhere in the northwest found it was only illegal if it caused physical injury to the animal. Best one, though, was the guy who they were able to prosecute only because it was not *his* sheep. The news story had one of the funniest lines I have ever seen in a real news story:

"The police spokesman would not comment on whether the blue negligee was for the suspect, or for the sheep."

I used to remember these weird stories, but with my memory not what it used to be I have one for our state. 2006 sex with a road kill deer in a ditch. Defendant: "It wasn't an animal it because it was dead." They were using an animal law not meant for that act.

I could've gone the rest of my life and died a happy man without that interesting tidbit...