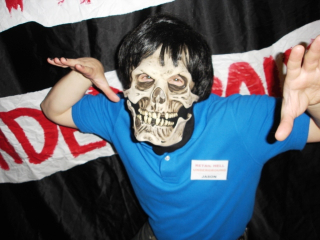 There was the guy who claimed he had a car battery given as gift just a few months ago; no receipt in hand, no entry in the computer. (Sears insists on recording the customer info when you buy the battery in the auto dept).

Oh look, the battery has a date code on it for next year... meaning it was 9 years old, and there’s no way in hell you’re getting a refund mister.

He left shouting some words unprintable in a family newspaper.

A co-worker bought one of the more expensive car batteries, and then returned it. Except he didn’t actually return it, he just did the paperwork. He then stopped showing up for work.

I never did hear if he was arrested for the theft, but I mean, they had his address…

I’ve been in toy stores and seen a toy that shouldn’t be in a package. Like, a knock-off Star Wars toy from a dollar store in the (somehow carefully resealed) usual official package.

thanks for reposting my comments from retail comic.com (from 2013) without my permission or knowledge. What else have you stolen from there?