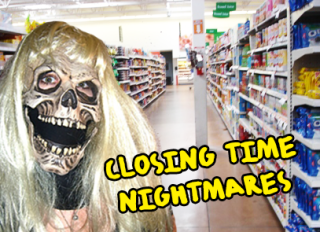 My store had a sale on hand soap. Buy one get one and you get a couple thousand points. Not a bad deal and the points can be saved up for later. Well good sales usually bring the worst types of customers into the store. The coupon crazed, middle aged women who firmly believe that their expired $0.60 off coupon is worth more than the jobs of whatever poor retail slave gets stuck ringing them up.

Now our website does this cool thing where it tells you what store is closest to you and how much it has of whatever product you're looking for. It updates its numbers every night after the computer runs its closing programs. Unfortunately we sold all eight cases of that particular soap within the first hour we were open. Apparently our sale coincided with a coupon for $1 off of 2. Since our website hadn't updated yet we had couponers coming in all day demanding hand soap or they would call corporate.

So we're ten minutes from close, praying that nobody else comes in looking for that dang soap when a woman walked in. You know the type: yoga pants, motivational saying emblazoned across their chest in rhinestones, one of those binders filled with coupons and the "let me speak to your manager" haircut.

She zoomed back to the soap aisle where she was met with an empty shelf and the signs we put up stating that we were out of stock. She came back up the the register, where I had already sent my cashier to start her closing duties, and demanded a manger. I informed her that I was the closing manager and that I would help her if I could.

She shall be CL (Coupon Lady-for obvious reasons)

CL: Excuse me but your website says you have 96 of this Brand Soap. Your shelf is empty, so I need you to grab the rest from the back for me. I want all 96 of them. 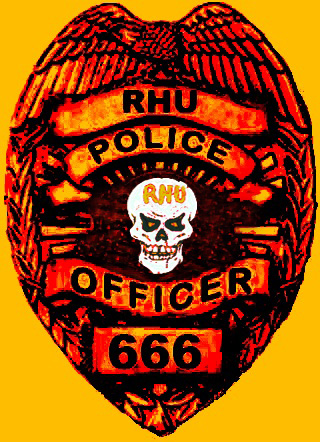 Me: I'm sorry ma'am but we've been out of them since this morning. If you had come in earlier-

CL (interrupted): Earlier? How could I come in early? I had to clip 96 coupons for this soap because YOUR WEBSITE SAID YOU HAD IT!

Me: Please don't raise your voice at me. We get a new shipment later in the week. The sale will still be running then, if you want to come back--

CL: NO. (Bangs coupon binder on counter for emphasis) you will go get me my soap. I know you have some you're just keeping it for YOURSELF!

Me: I asked you not to raise your voice at me. Ma'am it's now past closing time, I'm going to have to ask you to leave. If you want you can call the store tomorrow to talk to the Store Manager he might be better able to help you.

CL: You best be getting him on the phone RIGHT NOW. You ain't a real manager and I AIN'T LEAVING UNTIL I GET SOME HELP. I CUT COUPONS ALL DAY AND YOHR WEBSITE SAID YOU HAD 96! I'm not leaving until I have 96 soaps!

At this point she was slamming her binder into the counter with each word she spoke. Because that is how reasonable people communicate, I guess.

Me: If you won't leave I'm going to have to call the police. I'll ask you once more to leave and call back at a time when we can resolve this to your satisfaction.

She then yanked open her binder and started throwing the previously mentioned soap coupons onto the counter. I called the police and she was still in the middle of her adult tantrum when an officer came in.

As we went through the standard "what seems to be the problem" more police cars show up. His little radio thing on his hip starts squawking. After he answered it his whole demeanor changed. He asked her to come with him outside to answer some questions about the car she was driving.

She turned and bolted but didn't get far before he caught her. My cashier and I watched as he led her to the police car outside. Five other police cars were parked in a semi circle around the truck she had driven. Several other officers were asking her male companion to step out of the vehicle.

My cashier and I watched from the window (officers told us not to come outside) as they tried for 20 minutes to get the guy to leave the truck. They had guns pointed and everything.

I heard from the store manager later that the car she was driving was stolen and the guy she was with was her dealer and he had drugs on him. Apparently she was going to pay him in soap? I don't know how that works. It was a roller coaster of a night.

If you ever go to a dollar store, you'll notice that all the laundry soaps have security tags on them, because they are often shoplifted. That's because they're valuable in the black market, especially those pods, as an alternative form of currency. It's not uncommon for drug dealers to demand soap instead of money.