10 Ways To Tell If Products Are Knockoffs
Airport Hell: Once A Cheetah, Always A Cheetah 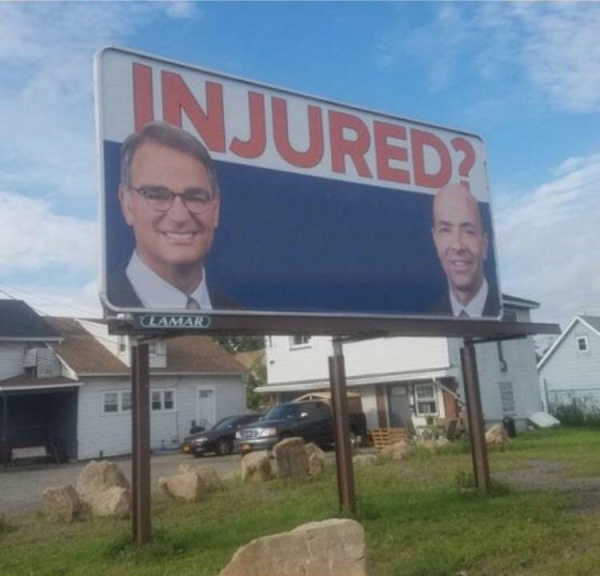 those poor lawyers. Can you imagine actually being those two guys and seeing that billboard?

Cellino and Barnes! Almost all of Buffalo knows them by face, so they don't need much more than that. They are one of the biggest pairs of crooks Buffalo has. I have no idea how this law firm is still even active, let alone getting a shit ton of money still. Back in 2005, Cellino was accused of embezzling and suspended for six months. So for awhile it was just The Barnes Firm. Then Barnes took him back, and now Cellino is suing Barnes, accusing him of "poaching" his clients.

"Ross Cellino is revving up his legal battle against his longtime law partner Stephen Barnes by trying to poach clients and staff, arguing that the ‘Cellino’ name is “better than the ‘Barnes'” name ​– ​and ​even ​comparing the ​squabble to Harley Davidson"

Seriously, I have no idea how these two people still get business with how much bullshit goes on between the two of them

(edit to my first post because I am sleepy)

I don't know who exactly is suing who currently, but it looks like Cellino wants to create his own law firm, and thus is trying to poach clients and employees from Barnes. And the whole Harley Davidson comment actually finishes with “No one ever calls their motorcycle a Davidson.”

Which again, if this kind of mentality that they are showing is public, why do we trust them to be our lawyers??