Meanwhile At The Thrift Store: We Knew Someone Had To Capitalize On This Eventually
Unlicensed Halloween Costumes

Monstrous Customers: "Killer," The Duck, And The Douchebag Dad 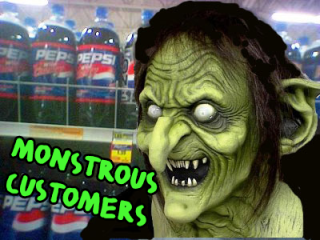 Our vet clinic prided itself on being able to treat any animal that came thru our doors with the exception of anything in the monkey department (we considered keeping monkeys as pets cruel and refused to promote them as pets by treating them). Our owner/Head vet had been the county's wildlife vet for over a decade and on very rare occasions our small local zoo even called him for assistance in treating some of their animals. So we were equipped for everything from kittens to Bald eagles.

One afternoon I got a very panicked call from a teenage boy (14yrs old). His brother and him had a pet duck they kept in an enclosure they had built in the backyard. They had come home from school to find something had gotten into the enclosure and mauled their duck, Killer. He was alive but badly hurt. Their parents were working and neither liked having the duck so they had refused to come home to bring Killer in to see us.

This poor boy was frantic and I could hear the tears in his voice. I told him to take a cab and we'd pay for it. He told me that his parents forbade him or his younger brother (12) from taking cabs and they'd be in huge trouble if they did. Before I could check to see if one if our techs would be willing to go pick the boys up he told me he had an idea and promptly hung up.

Now Killer had been in to see us once before and I knew from the file they lived about 2 miles away. 30 minutes later I see the two boys on a bike (eldest pedaling/steering and the youngest with a box gripped tightly under one arm and the other arm wrapped around his brother) flying into our parking lot. They had carefully wrapped a towel around Killer to keep him from flapping and placed him in an old box from their garage. Both of the boys were visibly upset and nervous as a tech whisked Killer into the back to be assessed.

I grabbed them some sodas from our employee lunch room (our owner always kept a generous stock of caffeinated drinks in back for all of us) and let them catch their breath and calm down.

One of our vets finally came up front and explained that Killer had lost quite a bit of blood and required some stitches. He also needed IV antibiotics and several other things so we needed to keep him a few days, but the prognosis was good.

The boys went from joy to fear very quickly. The eldest explained that Killer's only other visit to us had been paid by him using money he had earned mowing lawns and their parents had made it clear they would never financially contribute to Killer's care because they found the whole idea of a pet duck ridiculous. He sadly explained that he just didn't have enough money saved for all this medical care.

Our vet told him not to worry about that right now and just to be glad Killer was going to be OK.

They called their parents from my desk to let them know where they were and although I couldn't hear what they were saying, I knew it wasn't words of comfort or concern. 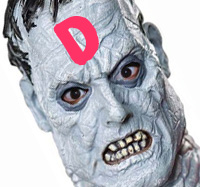 Mom and dad showed up about an hour later to pick up the boys. Dad was the first to approach me. He wanted to know what kind of $$ we were looking at.

I explained that we hadn't created a bill yet, but based on what we were doing we were looking at $200 give or take. Dad then informs me that his son can't afford that and we should just euthanize Killer right now. THAT he'd pay for.

The boys erupted in tears and pleas.

I rushed to the back to explain the situation to the vet, and returned upfront with the good news that the entire treatment would be $100 even (that covered our cost in meds and supplies).

Dad asked his eldest son if he had that much saved, but he had just spent the last of his $$ on food and a new pond filter for Killer (the boys had constructed a small bathing pond for Killer using a kit made for a small koi pond).

Dad turns to me again, "Well they can't pay for it."

Before he could once again rip at the hearts of his children, I asked the eldest how much he made a month mowing lawns and doing odd jobs for neighbors. He told me that minus what he spent on Killer's food and essentials, he typically only had about $15 leftover each month.

I told him "Great!" and explained that we were happy to do a payment plan of $5 per month. 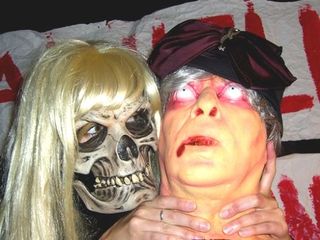 His joy was again crushed by dad who went in to give his sons a speech on how "that's not how our family handles financial responsibility", etc, etc. This man was fighting for the death of this beloved duck!

"So your family believes in hard work then?" I asked.

"Damn right we do," dad answered.

Now mind you I had no official authority to offer this, but knowing our vets the way I did I felt confident offering this arrangement.

"Ok. Well the boys are too young to work in here but we do need people to cut the grass on the side of our building and clean up dog mess. They come once a week for two months and we'll consider it even."

The two boys jumped up and down "Yes! Yes! We can do that!!"

Before dad could thwart me again their mom finally spoke up. "For fuck's sake just let them do it. If we don't let them then they'll just find another damn duck."

Killer went home almost a week later. Some of his injuries were a bit worse then first assessed but we kept the deal as it was. He had a re-check a week later to make sure his stitches were dissolving nicely and during that time one of our techs who made pet collars for extra income had made a collar for Killer. It loosely fit around the base of his neck and had a cut-out nameplate in script with his name. It was awesome :)

And the boys were good to their word; they came every Friday after school, rain or shine, to keep our grassy area clean and neat. They even told us how their dad had finally warmed up to Killer and they caught him in the enclosure petting him one day.

I feel a little sick after reading that, TBH. What an asshole. I have kids, and could never do anything remotely that screwed up to them. What the actual hell, Dad?