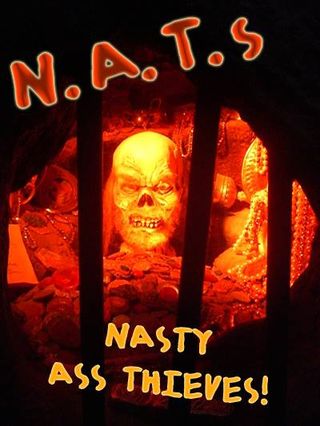 I loved the security guy from Sears. He was built like a football player.

An idiot shoplifter got caught trying to smuggle something under his shirt.

Security Guard: "Nice box-shaped belly there, sir. Shall we discuss your 'deformity' with the police?"

The security guy YELLED at him something like: “You think I’m stupid?! Look me in the face and tell me I’m stupid! You must think I’m dumber than you!”

I did all I could not to bust out laughing as the thief hastily put the box down and scuttled out of the store.

Of course, this was back in the day where corporations did not fear the Customer Complaint, so there wasn't so much as an eyebrow raised about his tactics. Back then, thieves lived in fear of this guy the way criminals in Gotham City feared Batman.

Nowadays? Our hands are tied and product literally walks out the door with only a, "Have a nice day, sir!" to stop them.