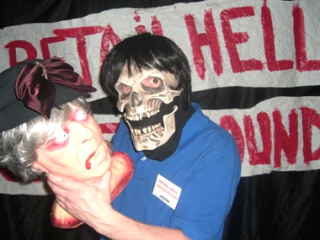 I have a horrible story with a good ending.

I was on a business trip that took me to LA for the day then off to Seattle. I had very little time between my last meeting in LA and my flight. I was flying through security as fast as I could to make the flight and so just tossed my watch and phone in the bin with my shoes instead of putting them in my bag which I normally do. The watch was a Rolex I had received as an award for some quality work I had done.

Bin comes out of the x-ray, no watch. TSA was their glorious self and said nothing they could do, file a lost item report blah blah blah. And I had to run. I was sick to my stomach as I had an emotional attachment to the watch and I'd never drop that kind of money on a watch and now it was gone.

I file the report with lost and found the next day by email and get a form response - we will only contact you if we find your item.

"It's the TSA, did you file a missing item report?"

Yep... got my watch back. Next day I'm telling the story to my coworker and he starts laughing. He had just read a story online about a TSA agent fired and arrested for stealing stuff as it went through the x-ray.

These days I have global entry and security takes 30 seconds, just like it should.

Several years ago I had an acquaintance notice that some of her money was missing from the tub as it came down the ramp from the X-ray machine. The agent was getting rude and nasty at her when she refused to leave and then she noticed a corner of her paper money sticking out from under his hand where he was hiding the money. I don't remember the details after he tried to claim he didn't notice it under his hand.

I knew a guy who worked baggage screening at LAX. There is no story you could tell me of their incompetence, dishonesty and nastiness that I wouldn't believe. They had a woman who failed the certification tests on every single piece of equipment they used, so they promoted her to management because managers don't have to be certified. That was also the airport where the TSA hired convicted felons because the company they hired to do background checks . . . didn't. And nobody noticed, or cared, until the press came calling.