Nasty Ass Thieves: You Called Attention To Your Thieving, Idiot 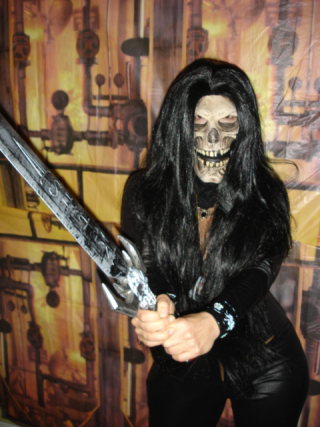 I used to work as a sales associate at the flagship store of a big box retailer in NYC. They had an incentive program wherein employees received a $50 bonus if they tipped off LP on a potential thief, and that person wound up being caught.

Enter Young Dumb Teen (YDT). She goes into the fitting room with 8 items, comes out and pointedly says, "You gave me the tag for 8 items but I only had 7."

Now, poor girl, I had been working a long and busy shift that day, and had counted in more customers than I could recall. In all likelihood I would not have realized that she left with fewer items than she went in with. But in her attempt to cover her own ass, she betrayed herself.

I didn't think she was stealing, but would have accepted any break in the monotony, so I called LP with her description.

A half hour later, I was called into the LP office to confirm that this was the girl I had spoken to them about.

Lo and behold, she and three other friends had been visiting every fitting room in the store, stuffing items in their bags.

The look on the girl's face was priceless. I got a bonus for each of them. Thanks for paying for my lunch for the next few months!