You Had One Job: Measure Twice, Cut Once, Genius
Menu Fails: Sandwich side Chosen For You

Retail Hell Manager Memories: My Cashier found $2000 on her Register as I was about to Leave 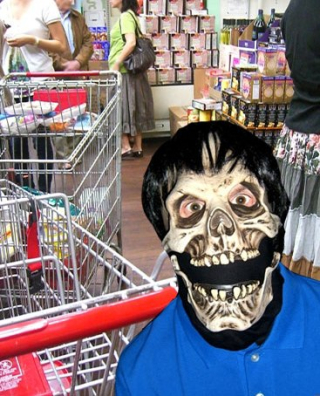 From IanEuler, Tales From Retail:

This story happened about 4 months ago. I'm a CSR in a grocery store, so I'm the one in charge of making sure the Front End is clean and my cashiers/baggers are doing their jobs.

One day I'm working desk. It's around the end of my shift (closing desk, done at 9PM store is open for another two hours). I finished putting away the tills, counting lottery, getting everything ready for the desk person in the morning, etc. It's not very busy.

I'm saying my goodnights once everything is done and one of my last two cashiers says, "hey, I found this on the end of my register a little while ago and I thought I should give it to you." Right away I recognize the little envelope. It's obviously from a bank. I expect maybe one or two hundred bucks inside.

Normally we would keep it in our safe overnight and wait for someone to claim it. I look inside, and there's obviously way more than that in the envelope. I look over at my co-supervisor who was in charge of closing the last two hours. I make a "ooph" sound and she asks me how much is in the envelope. Inside, there's a cashier's receipt. It's marked for a $2500 withdraw. I tell her this, and I go behind the desk to actually count the money using our bill counter. There's more like $2000. She probably already spent some of it on groceries and other errands.

Next I yell at my cashier for waiting so long to tell me (I needed an actual retrieval time, was around an hour prior to her giving it to me). We call our loss and prevention guy, who is asleep. He usually starts at 6AM. I debate calling the person's name on the cashier's receipt, but before making any other actions I call up the MOD. I tell him why I need him, but in usual manager-like fashion he takes his sweet ass time. Once he finally gets to the front end, I ask my MOD if I should call her. We decide it's a terrible idea, as if I call the wrong person the money could go to the wrong place. Instead, we decide to call the bank. Problem is, it's almost 10PM at this point. There's no way they're open. So, instead, I have to leave it in the safe for the supervisor and desk people in the morning. I leave a note for them, a long note, telling them the steps we took. And what we think they should do.

In the morning I call the store, and ask what they did. In the end, they called the bank. The Assistant Manager drove the envelope to the bank and placed it in their hands. I don't know if the customer ever got her money, but I do know my co-workers and I never got in trouble. Was quite a night.

Tldr; Dumb cashier waited ‘till the last minute to show me a large envelope of money she found. In the morning my coworkers gave the envelope to the bank to figure it out and I don’t know the final outcome to this day.

EDIT: A lot of times I mention the customer I reference them as a she. It may not be a she, they just are in my brain because the teller’s name on the cashier’s receipt was female.

"Dumb cashier waited ‘till the last minute to show me a large envelope of money she found."

One cannot help but wonder if she struggled with the decision to turn it in at all. Many would.