You Had One Job: Replaced the missing Tile...
Menu Fails: Sushi Menu Spelling 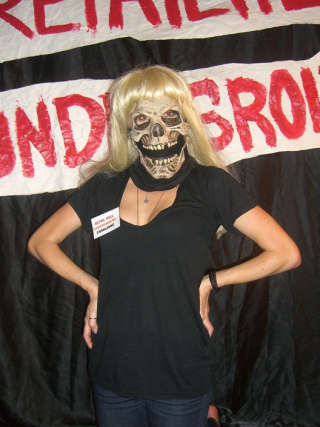 From sassafrasarai, Tales From Retail:

Ah, the RCL. A tale as old as time - okay, more like a month. Who or what is the RCL, you may be asking yourself. None other than the Rotisserie Chicken Lady.

Allow me to set the scene. It was around 9pm, after completing my cashier shift at a large Canadian grocery store. 17 year old me was waiting in the front lobby, minding her own business and waiting for my ride home. All of a sudden, to my right I hear a chair scraping against the floor as a very large woman stands up and throws, no, she whips her jacket at some poor, unassuming man seated in our eating area.

At this point I had no clue if she knew this man or not. Judging from his wide open mouth and confused stare, I would say he was as bewildered as I. He hurriedly gathered his things and, leaving the jacket on the ground, leaves the store. And who can blame him? By this time I am wildly uncomfortable and silently cursing whoever the hell was taking so long to pick me up. But hey, at least I had managed to avoid the wrath of RCL

That didn't last long. It was at this moment RCL earned her name. I realized that in front of her were not one, not two, but three deli prepared rotisserie chickens. All three of these chickens had been ripped open and had random pieces missing. Yup, you guessed it, this woman alone had been eating three rotisserie chickens with her bare hands

I guess she noticed what I had thought been my very subtle observation. Once again she stood up.

I had no reply to that but finally, finally my sister pulls up. I scrambled to make my exit, but not before the RCL could get one last word in.

Such an empty promise, RCL. Not a week later she returned to purchase two more of our chickens. Luckily she saved the verbal harassment this time.

To be continued? Only time will tell.