Grinchy Custys: I Guessed Wrong = Rage
A Reminder To All Custys 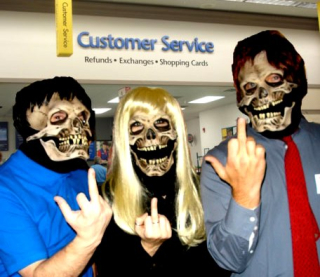 Back in 2010 I got a job in a small office, and they put me in with a more senior employee, Janice, so she could train me.

Janice was nice at first, but the assholery started out subtly- she would ask me to "cover for her" so she wouldn't get in trouble for disappearing for hours on end to run her personal errands. Her own internet use had been restricted, so she demanded to use my computer to browse the web. She snacked on soy nuts all the time and got greasy fingerprints all over my mouse.

Then she ironically began policing my internet activity. If she hadn't sent me a work order in a while and she heard me typing, she would snap at me to get off facebook (I wasn't even on facebook, I just wrote short stories in my downtime).

She was a very in-your-face baptist and talked about jesus all the time, she prayed out loud before eating every meal & snack, and made very bigoted comments about non-christians.

She texted and made personal phone calls all day long where she'd gossip and argue with people, and she'd call up businesses that she'd been to and accuse them of giving her poor service because she's black. Yes, she actually did this.

She was late literally every day and made me lie to the boss and tell him that she was in the bathroom when he came looking for her. She would dick around all day long, and then we'd BOTH have to stay late because she hadn't gotten her work done on time. 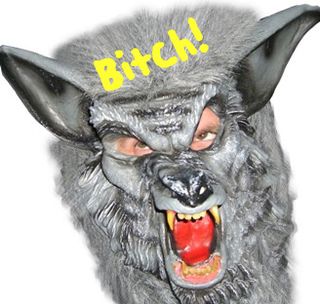 Just a shitty, shitty employee AND person. Nobody liked her but she couldn't be fired because she'd been there forever and the boss was afraid of her since she pulled the race card all the time.

Then she started actively trying to get me fired. I started getting called into the boss's office all the time to defend myself against Janice's claims that I wasn't doing my work.

My work records were on my side though and I was eventually moved into another lady's office and put on another project.

Janice was still sending me work orders from her department though. I still did them, but they were a lower priority than my new project and that pissed her off. She knew she couldn't yell at me for prioritizing my main project, so I started getting emails from her about my alleged long lunches.

But even if I was late, she still wasn't my supervisor and it was none of her business! She never WAS my supervisor, she was only ever my trainer.

Anyway, after several of these emails, I replied and CC'ed the boss, telling her that I had left at 12:05 and had taken exactly one hour for lunch and the timestamps on my logins would prove it.

She then switched to a different tactic- she began sending me work orders long after she knew I'd left for the day- at 6, 6:30, sometimes even past 7- and then sent me angry emails(which she CC'ed to the boss) berating me for "shirking my duties" and not getting them done. 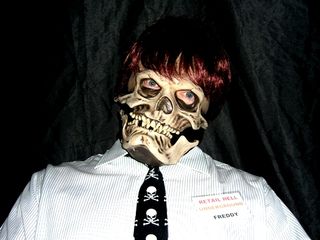 I replied back that our work day ends at 5 unless otherwise specified, and any work orders she sends me after 5 will be completed upon my arrival the next morning.

All was quiet for a while, but things came to a head on the day before Thanksgiving. The boss told us all to leave at noon, and about 5 minutes later Janice summons me to her office to tell me that we had to stay late and finish some "urgent" work orders.

I reminded her that the boss told us to leave at noon, and she physically got up in my face and barked "Uh, you don't get to leave until I leave!"

She shoved an inch-thick stack of work orders into my hands and turned back to her computer. I was so angry I was almost in tears. What can I do though? I'm the new kid and she's a senior employee. I put on some good angry music to work to and after I'd finished a few work orders, the dates on them started standing out- they were months old, and not a single one was urgent in any way.

Busy work. She had given me fucking busy work just to keep me from leaving early.

I ducked out for lunch at noon and as I'm waiting in the drive-through line, she called me all in a tizzy cause she had come to check on me and thought I'd gone home. Aaaargh.

I get back and finally finish up around 3pm, and just then the boss comes into my office to ask me how it's going. 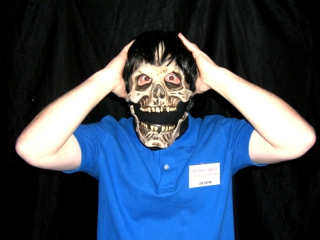 I told him I was finished and he said "Oh good, just put them back on Janice's desk before you leave. We're the only ones left here, so I'm heading out, Happy Thanksgiving!"

Put them back on Janice's desk? We're the only ones left here? What happened to "you don't get to leave until I leave"?!

I grab the work orders, march back to her office, and sure enough- the lights were off and she was long gone. I hadn't gotten any emails or calls since she called me at lunch, so she must have left right after that. Pawned her shit work off on me, deliberately made me stay late just to spite me and ruin my day, while she went home to go enjoy her holiday.

That bitch. That FUCKING bitch!

I cried the whole way home, tears of pure rage. I had never done anything to that rotten woman to deserve this kind of treatment, and to this day I don't know why she targeted me like that.

A few weeks later she finally succeeded in talking the boss into letting me go me and to be honest, I was relieved. Never have I HATED a coworker more. I've worked with other assholes, but she was the worst, the most malicious. I hope she gets hit by a truck.

Sounds like that boss needs to get hit by a truck too! Who the hell cares if "Janice" cries discrimination, sounds like boss had/has more then enough easily documented reasons for firing her ass and if she wants to waste her time filing suit let her get some frivolous legal fees to deal with. And he sees you still working *hours* after you're supposed to be gone, the day before a holiday and still fires you a few weeks later. Dude sounds like an awful awful boss or a completely spineless human.

You should've filed a wrongful termination suit there.

Misty and not Jenny, you're both right! This woman is a terrible Christian! I hope his worker finds a better job with nicer people, Christian or otherwise.