Coworker Memories at Christmas Time: The Queen of Living Gets a Lesson in Elevator Etiquette 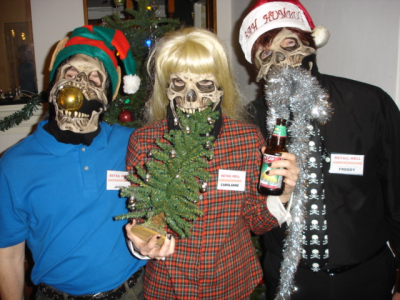 The holiday season brings out the best and worst in people, and New York City is the place where all sorts of behavior is on display twenty four seven, but even more so at this time of year.

For much of my life I worked for an iconic magazine. At Christmas time I remember an incident that proves the little things matter the most in life…like common courtesy. In the 1990s the magazine moved across the street from its former midtown digs. We were now housed in a formidable office tower that was loaded with celebrities of all types. The movers and shakers of several industries had their own magazines, television shows and assorted vanity projects occupying the building, so it was quite common to ride the elevators with a celebutoad or two. You might take the elevator up with K.D.Lang and down with Roger Daltrey, such was the daily doings.

My friend and fellow co- worker at the mag was a former street kid who prided herself on being from “Da Bronx”. Despite her tough , no nonsense exterior , she was a good person who valued fairness and above all, manners. She worked in advertising while I worked on the editorial side of the magazine. Not tall in stature, but you never wanted to cross her because she would wither you with a single look, as many a burly messenger found out.

The elevators in the building were always a pain in the butt. With the building rented to full capacity , even with a bank of elevators, there was never room and always a wait for the next one. So the trick was to board any elevator , up or down to get to your floor of choice at some point…that is if some jackass wasn’t pushing all of the buttons to every floor. 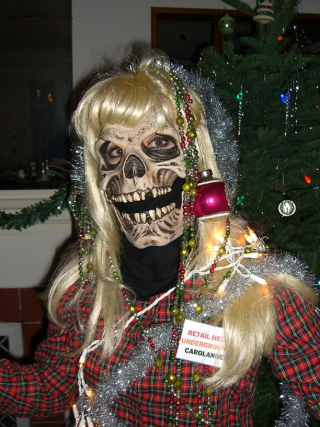 One night, my friend and I were waiting with the usual five o’clock crowd to get on an elevator and leave the building. After twenty minutes of fully packed , down elevators , we decided to take the next up one. We wound up on the 24th floor and the door opened to a well dressed , chatty throng of hyper folks. There was a crowd getting in the car and my friend held the door open so more could get on.

It was then that a major faux pas occurred….not a single one of those lovely people said “Thank you”. As we stood plastered against the back of the elevator car , I could sense my friend shifting into her kid from “Da Bronx” mode.

In a flash, a huge booming voice filled the car: "What kind of people are you?...Are you used to servants?...Do you think you are better than others?...Are you so high and mighty that you can’t say ‘Please’ or “Thank You’?

...at that moment I realized who was sharing the ride with us, it was Martha Stewart and her editorial staff. Her Martha Stewart Living magazine was on the 24th floor.

I tried to ..pssst, pssst my pal, but she was seeing red! I tactfully whispered “It’s Martha Stewart”.

That name was no sooner out of my lips when my friend said in a deafening roar: “I don’t care if it IS Martha Stewart, she doesn’t decorate my world!!”

A nervous silence followed, making a very uncomfortable ride to the lobby. When the doors opened , the aforementioned Ms. Stewart and her cowering entourage ran for the exit!

During this joyous holiday season, remember the little things, like common courtesy. A little “please “ and “thank you” matters in the best and worst of times.